Home World Call for an EU response to Hungary: Seehofer: Orban has gone too... 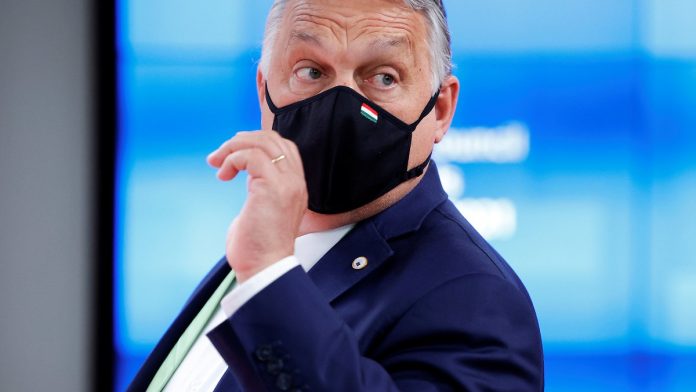 Call for the EU’s response to Hungary

Seehofer: Urban has gone too far

Just three years ago, Horst Seehofer vividly defended Hungarian Prime Minister Viktor Orban against his critics. Since then, the relationship has soured. Seehofer is now critical of Hungary’s controversial law on dealing with homosexuality and now sees the EU as obligated to act consistently.

Federal Interior Minister Horst Seehofer criticized Hungarian Prime Minister Viktor Orban and spoke in favor of tougher action against Hungary over LGBT discrimination. “Victor Orban has gone too far in this law, it violates the central values ​​of the European Union,” Seehofer told the Augsburger Allgemeine newspaper. “We cannot and will not accept it.”

The debate was triggered by a recent law in Hungary banning the alleged advertising of homosexuality. It is influenced, among other things, by films, books or advertisements that target minors and portray gay or lesbian life as normal. The law was heavily criticized by the European Union.

Seehofer has long been considered a supporter of the Hungarian head of government in the European People’s Party (EPP), but Orbán’s conservative nationalist party Fidesz left this year. In January 2018, the Hungarian CSU regional group called a retreat in Seeon in Bavaria, where then-Bavarian Prime Minister and CSU President Seehofer declared that Orban was “without a doubt with the rule of law”.

Orbán has ruled Hungary with Fides since 2010. Since then, he has taken increasingly conservative positions and presents himself as a defender of Catholic values ​​against the liberal West.

Dubai Airshow: Boeing showcases the interior of the 777X for the...