Home sport But his future is still unclear: Formula 1 ignores the IOC and... 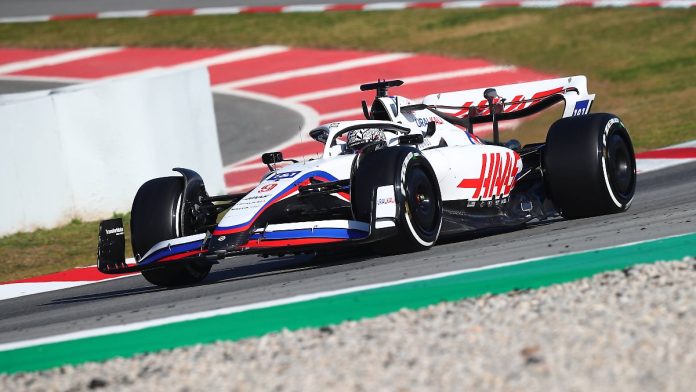 Several sports federations ban Russia, and teams have been disqualified on the recommendation of the International Olympic Committee. Formula 1 is decided differently. There, Nikita Mazepin is not banned. However, his future in the first place is not guaranteed.

The FIA, which runs world motorsport, has held a special session to discuss whether Russian and Belarusian drivers will be allowed to race this season. And the decision in favor of the pilots, in this specific case of Nikita Mazepin, is given the right to start under a neutral flag. Another requirement is that they “pledge to comply with the FIA’s principles of peace and political neutrality”. The World Tennis Federation made a similar decision a short while ago.

Powered by sport.de – Transfer of rumors, news and live broadcast tape – all information from the world of sports can be found here!

So the two federations did not follow the recommendation of the International Olympic Committee (IOC), which states that Russian and Belarusian athletes should be excluded from all competitions. FIA President Ben Sulayem said: “As you know, the FIA ​​is watching developments in Ukraine with sadness and shock, and I hope that a quick and peaceful solution to the current situation will be found. We condemn the Russian invasion of Ukraine and our thoughts are to all who are suffering from the events in Ukraine.”

For 22-year-old Mazepin, this decision does not change much: due to the Russian ban on doping violations, the Haas driver did not start in Formula 1 for his country anyway, but for the Russian Automobile Federation (RAF). His continued work with the US racing team will likely depend more on how things play out between Haas and title sponsor Uralkali.

The pilot is the son of billionaire Dmitry Mazepin, the largest shareholder in the Russian mining company. Haas removed the sponsor’s logo and colors that match the colors of the Russian flag from racing cars during tests in Barcelona on Friday after the Russian invasion of Ukraine. Since then, the racing team has been considering a final separation from the sponsor, which is supposed to give between 25 and 30 million euros annually.

The FIA ​​also announced that until further notice, no Russian and Belarusian national symbols, colors and flags will be displayed or anthems played at its events. No competitions are allowed in either country – Formula 1 has already canceled the race scheduled for the end of September in Sochi, Russia, on Friday due to “force majeure”.