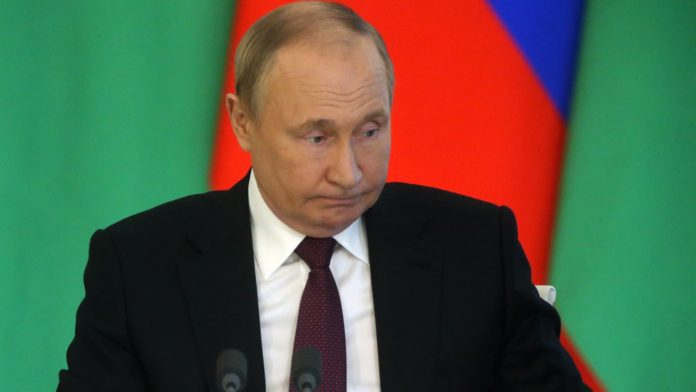 This was reported by the British newspaper “The Sun”, citing the cable channel “General SVR”, which is allegedly run by a Kremlin insider.

His doctors are said to have ordered him to stop making “prolonged” public appearances.

The author of General SVR also claims that this is the reason why Putin’s annual “question-and-answer” session with “journalists” – in fact a purely TV propaganda show – was canceled this year.

The Kremlin tyrant is said to have experienced “extreme nausea, weakness and dizziness” as he rose from his office after a 90-minute virtual session.

Despite this, Putin spoke to young Russian businessmen, engineers and scientists on Thursday.

How sick is Putin really?

In the past few weeks and months, there has been frequent speculation about the health of the Kremlin tyrant.

Potential cancer has been discussed time and time again. Evidence included his physical appearance (a puffy face, due to his alleged treatment) or his stern public appearance – in April, for example, he stuck to the table throughout his conversation with Defense Minister Sergei Shoigu.

The new reports cannot be definitively proven. One thing is for sure: For Putin, his health has been a top priority over the past few years. Currently, there is always a team of doctors at his side.

However, Putin wants to keep the appearance of an indomitable ruler on the outside world: shady television clips are censored, and the public performances he attends are shortened – only to cover up his problems.