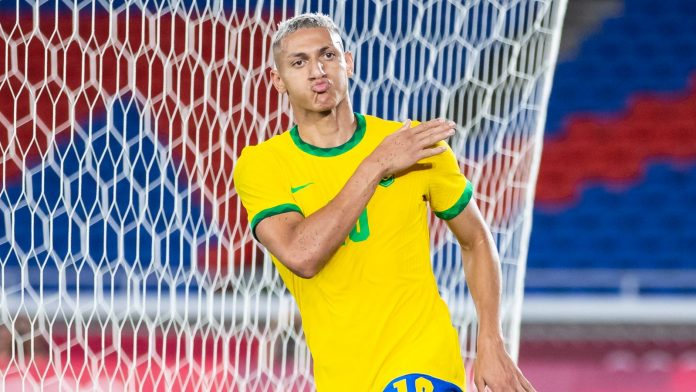 Richarlison scored an impressive hat-trick in 30 minutes as defending champions Brazil defeated Germany 4-2 in Group D at the Olympics.

Brazil should have decided the score at the break given the many chances they created, but Germany scored twice in the second half despite dropping to 10 in the 63rd minute.

Richarlison opened the goal and returned to the net at the second attempt in the seventh minute before giving Brazil a 2-0 lead. In the 30th minute he managed a hat-trick with the German defense in disarray.

Nadim Amiri returned to Germany after the break, and despite being sacked by Max Arnold in the 63rd minute, a header from Ragnar Ache made Brazil an unexpectedly nervous final stage.

But when Germany moved forward, Brazil caught them in stoppage time at the break and Paulinho finished off the counterattack with a fine shot into the top corner.