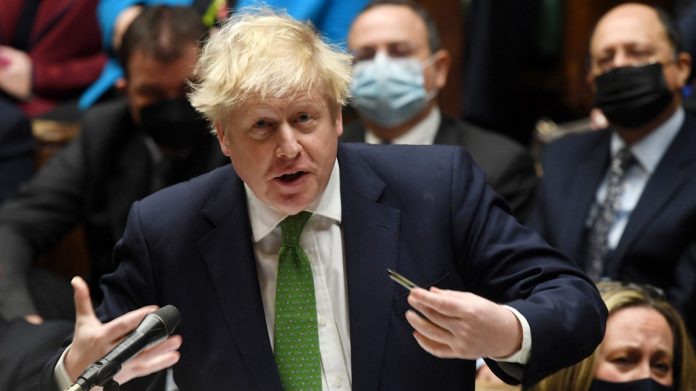 British Prime Minister Boris Johnson’s situation continues to deteriorate. He has been under fire for weeks, his ratings in opinion polls are miserable and his future as prime minister uncertain. On Wednesday, Conservative MP David Davis openly called on Johnson to step down in the House of Commons. Davis is a respected and influential figure in the ruling Conservative Party, and his surprise move at the weekly “Prime Minister’s Questions” session shows just how intensifying the party’s power struggle between Johnson’s supporters and Johnson’s critics has become. Johnson had to defend himself against allegations that rogue parties were held in Downing Street during the lockdowns.

Former Brexit Secretary Davis said in a live TV debate that he expects the party leader and prime minister to take responsibility for what he is doing. Johnson is currently doing “the opposite”. So, said Davis, quoting former MP Leopold Emery, who once told Prime Minister Neville Chamberlain, “For God’s sake, go!”

Davis is the eighth Conservative MP to publicly call for Johnson’s resignation. As several British media reported on Wednesday night, many Conservative MPs want to express their mistrust of the Prime Minister. It is very likely that the 54 votes needed for a vote of no confidence in Johnson will be obtained.

In the heated and at times chaotic question-and-answer session, speaker Lindsey Hoyle had to step in over and over again. The combatant Johnson answered all questions regarding his future by citing an ongoing investigation by Officer Sue Gray into the allegations. It is unclear when Gray will present her result. On Wednesday, Johnson said that may be possible as early as next week.

A Conservative MP changed his position on Wednesday. Christian Wakeford, MP for Bury South, near Manchester, who was elected in 2019, announced his immediate move to Labor just minutes before the prime minister’s questions began. Wakeford wrote in a letter to the party that Johnson was “unable to demonstrate the leadership and governance that this country deserves.”

Johnson also announced on Wednesday that nearly all of the coronavirus restrictions that were still in place will be lifted from Thursday next week. This included, among other things, the Covid passport, which those who have recovered and who have been vaccinated must show at some events, as well as the obligation to wear a mask. In schools, this will be lifted from Thursday. The opposition supports the move as long as it is motivated by scientific facts, as opposition leader Keir Starmer said, “not your attempt to save your job.”