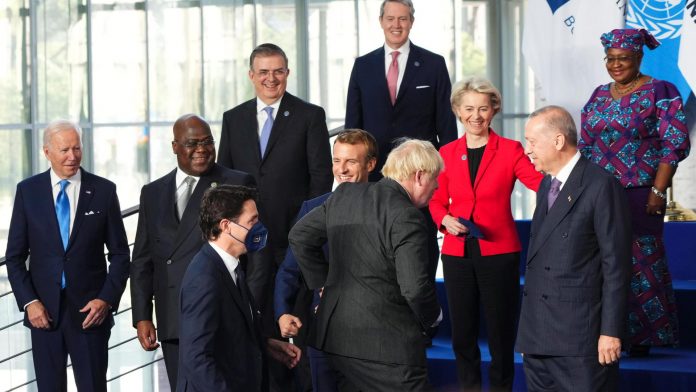 Boris Johnson and Justin Trudeau created an entertainment scene at the start of the G20 Summit in Rome. The group photo was taken almost without it – but then two empty seats were noticed.

The British Prime Minister got a bit of a punctuality Boris Johnson The Prime Minister of Canada Justin Trudeau At the beginning of the G20 summit in ROM Made for entertainment. Your peers had already lined up for a group photo on Saturday morning and smiled for the cameras when it was noticed that two places on the podium were empty.

French President Emmanuel Macron They greeted the two departed presidents with a broad smile and a handshake, as well as the President of the European Union Commission Ursula von der Leyen I had to laugh.