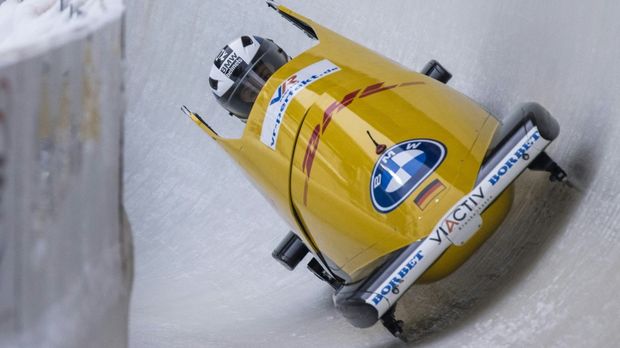 WINTERBERG (SID) – Third World Cup winner Laura Nolte also won the Bobsleigh World Cup on her home track in Winterberg, so she has other chances for her first overall win. The 23-year-old won on Sunday with Deborah Levy’s drive, while Vice World Champion Kim Kalecki (Wiesbaden) secured a double for Germany with Leonie Vibig. For two-time Olympic champion Kylie Humphreys (USA) that was enough for third place.

“The World Cup isn’t the most important thing this year,” Nolte said. “It’s actually not important at all. For us it’s about the Olympic medal.” She is one of the top candidates at the Winter Games in Beijing (February 4-20).

At 23, Nolte is still considered a bobsleigh junior, almost two years ago she entered the World Cup stage for the first time. In the 17 races since then, she has been on the podium 12 times and has taken first or second place 11 times. Ahead of the Olympics, the program only includes the World Cup final in St. Moritz next weekend.

There Nolte can win the crystal ball for the first time: Ilana Myers-Taylor (USA/1,321 points) tops the rankings, but Nolte (1286) is within walking distance. Myers-Taylor is currently in the lead mainly because the German drivers skipped the World Cup at Sigulda shortly after the end of the year. The American managed to overtake Nolte.

Olympic champion Mariama Gamanca (Oberhof) was disappointed with Alexandra Burghardt’s spur of ninth place in tough conditions. Due to heavy snowfall, the start of the races had to be postponed by 90 minutes.

The result of the best Chinese sled was once again great. For the Olympic hosts, who had never really played in Ice Channel before, Huai Mingming finished fourth in Sigulda last weekend. In Winterberg it reached sixth place. On the new track at Yanqing Ski Center near Beijing, Chinese skates will have a home advantage that should not be underestimated.