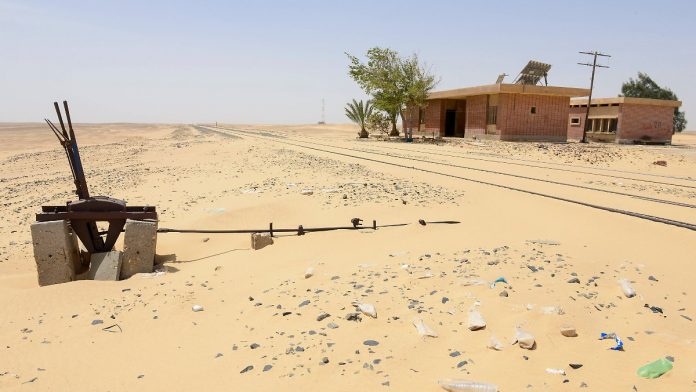 Ranking of billions from Egypt

Siemens plans to build the Suez Canal on rails

Siemens asserts itself against competition from China and France and is building the “Suez Canal on Rails” in Egypt. A high-speed rail system will be built for a total of $4.5 billion. The line is scheduled to start operating gradually between 2023 and 2027.

Siemens is building Egypt’s first electric railway network and is already supplying ICE trains, regional trains, signal boxes and signal technology for $3 billion in the first step. CEO Roland Bosch said in Cairo that the contract for the first 660 km of the planned 1,800 km high-speed network has now been signed. The total project size is three times.

In addition to Siemens, two Chinese consortiums and France’s Alstom Group have applied for the main order. “You cannot run a project like this without political support,” Bush said, and thanked Chancellor Angela Merkel. In the first step, Siemens wants to work with Orascom Construction and Arab Contractors to build a 660-kilometre extension from Alexandria on the Mediterranean to the Red Sea port city of Ain Sukhna for passenger and freight traffic: “The Suez Canal on Rails.”

Michael Peter, CEO of Siemens Mobility, said two-thirds of the $4.5 billion order volume went to Siemens. The trains are built in Krefeld, locomotives for freight traffic in Krefeld and Munich, and signal technology comes from Braunschweig. The Egyptians bought “the latest in modernity”. The contract includes installation and maintenance for 15 years. The two additional routes are set to connect the capital, Cairo, with its 20 million inhabitants, along the Nile River with Aswan and Luxor through Hurghada with Safaga. Negotiations on this should be concluded in the coming months.

“This pioneering project will create jobs, stimulate economic growth and improve the quality of life for millions of people,” Bush said. Even the first line is designed to accommodate 30 million passengers and 1.3 million tons km per year. It is scheduled to be operated gradually between 2023 and 2027. “The project will also help in promoting tourism through a fast, modern and safe means of transportation,” said Egyptian Transport Minister Major General Kamel Al-Wazir.