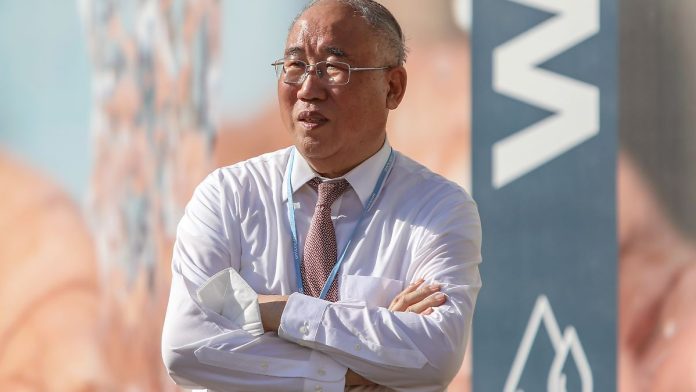 Beijing: a developing country
China does not want to pay for climate damage

With a disturbing self-assessment, China is trying to avoid reimbursement obligations at the climate conference in Egypt. According to the negotiator, the country is still a developing country. Therefore, it does not have to pay for climate damages in poor countries. On the contrary, Beijing wants to make money.

According to its climate negotiator Xie Zhenhua, China does not feel responsible for paying some amount of money for climate damages in poor countries. Xie told reporters on the sidelines of the United Nations climate conference in Sharm el-Sheikh that this responsibility lies with the industrialized countries. Xie said developing countries could contribute “on a voluntary basis.” His country, like the United States, puts “too much weight” on the issue of damage and casualties.

Payments for climate damage in particularly vulnerable countries is the biggest point of contention at the climate conference in Egypt. According to EU circles, this was cleared in the evening. It seemed possible to agree on a financial pot on this issue. In the field of international climate protection, China wants to continue to be treated as a developing country, as stipulated in the Kyoto Protocol 30 years ago. However, Western countries no longer want to classify the country as a recipient of funds due to its economic strength and its role as the largest emitter of greenhouse gases.

On the question of who should receive the money from the pot, Xie also called developing countries, but qualified: “I hope it will be made available to weak countries first.”

China and the United States are talking about climate again

Regarding the resumption of climate dialogue with the United States of America and its climate commissioner John Kerry, Xie said, “We had an open, friendly, positive and active dialogue,” which was “generally constructive.” “We agreed today that we will continue our formal deliberations after this COP, including in person,” Xie said.

China broke off climate dialogue with the United States over tensions over Taiwan in August. Talks moved again after the meeting between the head of state and Chinese party leader Xi Jinping and US President Joe Biden in Bali on Monday. The resumption of dialogue was not explicitly announced. But according to the US government, there has been talk that the two countries should work together on key issues such as climate change and that “efforts on these and other issues” should be deepened.

Tensions with Russia: the EU is considering a military mission in...

More than 50 people were killed in lightning strikes in India