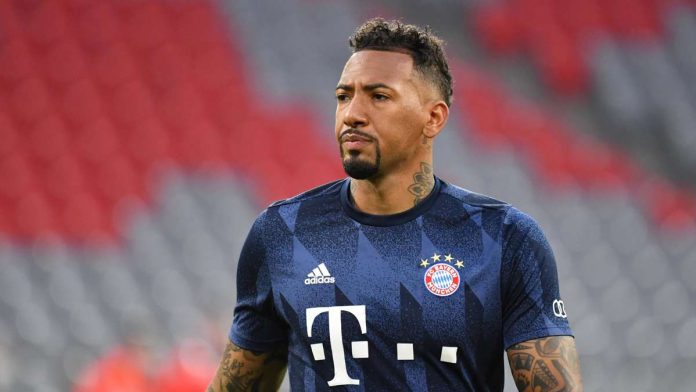 Jerome Boateng had a successful time in Munich in which he won almost everything. Before leaving, also remember a dark chapter.

MUNICH – Ten years later it is over for Jerome Boateng in Munich, in more than half an hour of the farewell video interview, the defender has commented on the successful and difficult times of his contract with the record champions. The 32-year-old also talked about his crisis under former coach Niko Kovac while he was past crucial points in his Bayern Munich career.

Bayern Munich: Jerome Boateng remembers the failed deal – “My head was ready for me to change”

After the legendary coach Jupp Heynckes’ fourth and final term in the summer of 2018, Boateng nearly moved abroad and had already agreed to a changeover with Paris Saint-Germain. Shortly before the end of the transfer, however, the transfer failed due to objections from Niko Kovac. “To me it was like this that I said, ‘Stop Joop, that’s a good ending for me here. I wanted to do something new anyway and was prepared for the fact that I would change,'” Boateng recalls.

“Looking back, it turned out to be a pity, and it wasn’t easy for the coach from Frankfurt either. There is an incredible amount of pressure and then it just doesn’t go well,” he continues. The relationship between the professional and the Monaco coach was so tense, Boateng played relentlessly even after a year under Kovac’s leadership and was dissatisfied with his position. “There were decisions this season that I did not personally understand. Of course I am disappointed. Everything has evolved and in the end I apologize for my behavior.”

At the beginning of November 2019, 1: 5 Minsha in Frankfurt caused Kovac to be sent off, at which point Hansie Flick took over the leadership of the troubled Bavarian team. “When Hansi and his coaching team came, the confidence and support returned. You can see how that can change quickly in football: from frustration to super happy.” This was followed by six titles in one season and the German championship the following year.

Several Boateng mates contributed to the club’s farewell video, and the 2014 world champion was affected in many places. “I am proud that I was part of the story here and that I was able to enjoy football with Bayern Munich. The players and staff will always be my family,” he thanked his club. On Saturday, he plays his 363rd and final game with Munich. (Pay)