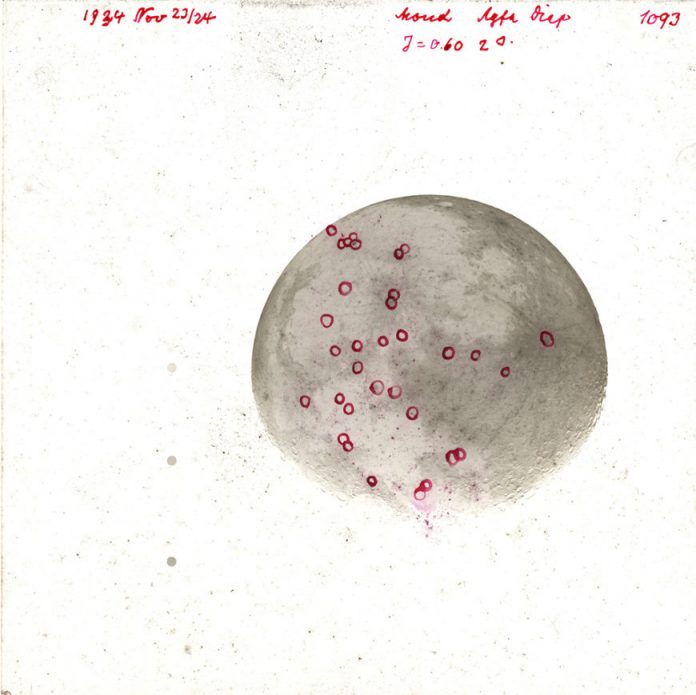 What the old glass panels reveal
Editorial Board
/ idw / press release from the University of Regensburg
astronews.com
26. April 2021

A whole new phase of astronomical research began with photography. In the first hundred years, mainly glass photo panels were used, from which prints were not only made, but were also directly evaluated. The corresponding notes and scores are now recorded as part of a research project.

The inhabitants of the world participated in astronomy since time immemorial. If the celestial bodies were initially observed with the naked eye, then telescopes, telescopes and observatories were added later. A milestone was reached in the first half of the nineteenth century with the creation of photography. A new research project by Dr. Omar Nasim, Professor of History of Science at the University of Regensburg. The German Research Foundation supports the project “The Glass Archives for Astronomy: Photographic Practices in the Observatory, 1850-1950” with a sum of half a million euros.

There are about 180 years between the early days of photography and today’s photo apps on smartphones. Around 1850, photography was still an elaborate craft that included a striking device, crisp glass photo panels, and long exposure times. The introduction of photography marked a turning point in astronomy: visual observations can now be documented for the first time through photographic recordings thus making them easier for others to understand. Exposure times of several hours made it possible to explore faint objects, such as the North American nebula, which are barely visible with the naked eye.

Photography dominated every aspect of astronomy between 1850 and 1950, providing countless images of the sun, moon, stars, and spectra of stars. In this type of photography, glass panels coated with a photochemical emulsion were installed and displayed in the tablet cameras. Photo panels were then developed into glass negatives, from which a number of positive prints could be made. To astronomers, photoboards had the advantage of being flat, even, dimensionally stable – and still – and more resistant to environmental impacts than photo films.

Nassim and his research team are not focusing on the positives, that is, the printed astronomical recordings, because they only tell part of the story of the production of astronomical knowledge. Instead, the research project focuses on the glass panels, i.e. the exposed and static passive. Even at this point, images of glass panels have been used extensively as carriers of information, as evidenced by clear signs of use and observations of people who researched them and with them: astronomers not only noticed their considerations and conclusions in their observation books, but also their findings in the form of graphical additions Signs and stickers directly applied to the glass panels themselves.

The focus of the research project is on the materialism of photography, that is, glass panels as bearers of a unique form of history of materials that cannot be reconstructed from paper documents alone. Nassim Research Group will use archival material from
Royal Greenwich Observatory The observatories are in Harvard, Leiden, Heidelberg and Hamburg and link them to sources from the archives of Kodak, Ilford and Zeiss.

As a Fellow at DFG Mercator, Prof. Kelly Wilder has been associated with the project, using her experience as director of Photographic History Research Center At De Montfort University in Leicester, UK. This group of materials includes plate production and processing prior to exposure as well as photographic data and notes made on the panels or in accompanying notebook computers after exposure. Research into the materialism of glass panels is more urgent as manual additions threaten to be lost in the context of the digitization of these images.

Antibodies for at least nine months after infection – the practice...