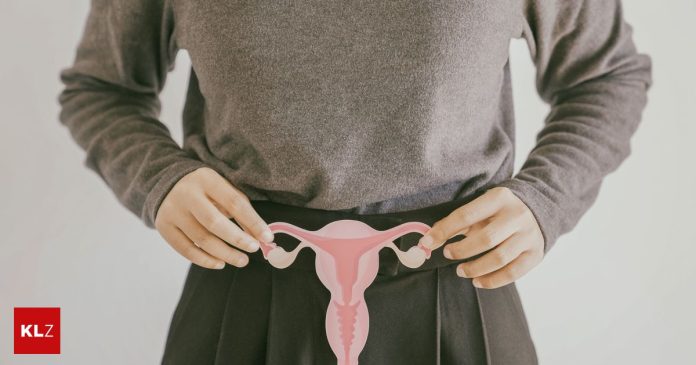 A new cervical cancer screening test is likely to detect signs of cancer much earlier than previous methods. The test, developed under the supervision of Martin Widschwendter, a professor at the University of Innsbruck, detects precancerous stages before they are visible with a microscope. This was researched as part of a research program to develop a screening test for all cancers specific to women.

The University of Innsbruck announced in a broadcast on Wednesday that abnormal cells have been identified in the cervix so far. Depending on the cell change, careful assays are done to monitor it or remove the changed cells before they develop into invasive cancer.

On the other hand, the new test called “WID-CIN” checks for DNA methylation of cervical cells. DNA methylation is a genetic change that can be affected by environmental factors. This tells cells which parts of the genetic code to read. These so-called changes over genes can increase the risk of developing certain diseases such as cancer. Researchers not only want to identify precursors of cancer, but also predict future cancer risks.

“Our work has shown how a cervical biopsy can provide information about a woman’s risk of three other types of cancer – breast, ovarian and uterine – in addition to detecting cervical lesions,” Weidschwinter said. With a single sample, the risk is determined using different molecular fingerprints.

She said the WID-CIN test went beyond the previous method of cytology. “The new WID test is more accurate and detects precancerous stages even before microscopic changes occur. This means that the examination can be performed in a more targeted manner,” explained Chiara Herzog, a specialist in molecular medicine at the EUTOPS Institute at the University of Innsbruck. . The test identified more than half of the infected Women infected with human papillomavirus (HPV)who did not have any visible cell changes yet, but developed an obvious precancerous stage within the following four years.

The study, published in the journal Genome Medicine, examined 1,254 cervical screening samples. The samples came from women from a cervical screening program in the Stockholm area, Sweden, with CIN1 to CIN3 cell changes – that is, from women with early to high-grade cell changes -, Women infected with HPV but without changes in cervical cells and women without changes in cervical cellswho developed CIN3 within four years.

In the next phase of the study, the researchers want to screen women who have been vaccinated against HPV. Cervical cancer can also be caused by subtypes that current tests don’t recognize. In the WID-CIN test, officials also saw an opportunity for early detection here.