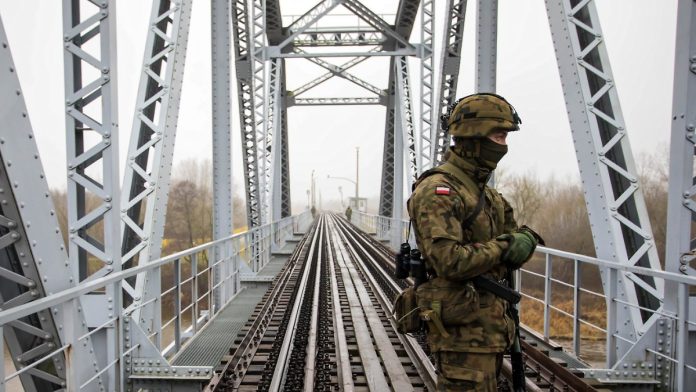 Poland reports a missing soldier on the border with Belarus. It is reported from Belarus that the man does not agree with Poland’s difficult path in refugee policy and has applied for political asylum. On the other hand, Warsaw offers a different explanation for the disappearance of the man.

The Polish army reported the loss of one of its soldiers on the border with Belarus. The army announced in a statement that a soldier from the 11th Artillery Regiment had “disappeared while carrying out his duties” on the border. The Belarusian side said that the soldier had applied for political asylum in Belarus.

According to the Polish army, the soldier disappeared on Thursday near the villages of Narioka and Simianovka in eastern Poland. “The search is continuing,” the statement said. Defense Minister Mariusz Blaschak announced that the soldier had “serious problems” with the judiciary and that he had announced that he was leaving the army. The minister added that the man should not have been used at the border.

Belarusian border guards announced that a Polish soldier applied for “political asylum” in Belarus on Thursday night because he did not agree with Poland’s strict refugee policy. Accordingly, the man was arrested Thursday evening on the Belarusian side near the village of Tuchimlja, near the Polish villages of Narioka and Semianuca.

Due to the influx of immigrants from Belarus, Poland has deployed tens of thousands of soldiers to the border since the summer. Since the start of the year, thousands of migrants – many of them from the Middle East – have arrived through Belarus at the EU’s external borders with Poland, Lithuania and Latvia. Many refugees are forced to camp there under poor conditions because the European Union countries rejected them.