Home World An alternative to Russian gas: Biden is negotiating with Qatar on liquid... 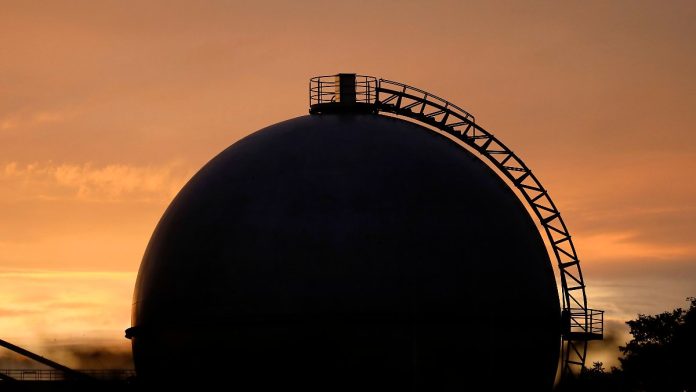 The conflict in Ukraine has raised concerns about gas supplies in Europe. The United States is already considering alternatives. President Biden is now speaking with the Emir of Qatar. It can get LNG to the EU – but it also imposes conditions.

In the Ukraine crisis, the United States and Qatar are looking for alternatives to gas supplies from Russia to Europe. Energy supply is one of the topics at a meeting between US President Joe Biden and Qatar’s Emir Sheikh Tamim bin Hamad Al Thani, scheduled for Monday in Washington. Qatar is the world’s largest supplier of liquefied natural gas and could divert gas to Europe if tensions between the West and Russia cause supply shortages.

The emirate has already discussed gas supplies with the European Union. A person in charge of the negotiations told Reuters that Qatar is asking the European Union to ban the resale of liquefied natural gas if Europe wants emergency supplies. In addition, the European Union has to drop its reservations about long-term contracts for LNG.

The EU sees free trade in gas as a way to maintain energy security. However, some producers and consumers criticize that this policy has led to an increase in prices.

Schulz agreed to invest billions in the United States

Efforts are also being made in Germany to build LNG capacities in order to be able to obtain more liquid gas. Government spokesman Stephen Hebestreet said in Berlin that Chancellor Olaf Schulz supports plans to build “one or more plants” for liquid gas. A spokeswoman for the Ministry of Economy and Climate said LNG terminals in Europe are currently 71 percent used. The reason for this is the general increase in gas prices, which makes LNG, which was previously more expensive, more competitive.

As federal finance minister at the time, Schulze promised the United States under former President Donald Trump to invest $1 billion in LNG technology if the US government dropped its sanctions against the Nord Stream 2 Baltic Sea pipeline. In recent years, the United States has become one of the most important producers of LNG and sells its gas in Europe.

In an interview with Reuters, Markus Kreiber, president of RWE, called on the federal government to speed up construction of new gas-fired power plants and campaigned for the construction of an LNG tanker offloading terminal in Brunsbüttel, Schleswig-Holstein, which had been planned for several years. The plans are well advanced. “But we need a clear signal from politicians that we need this station.”

What would the new career of a former advisor look like?