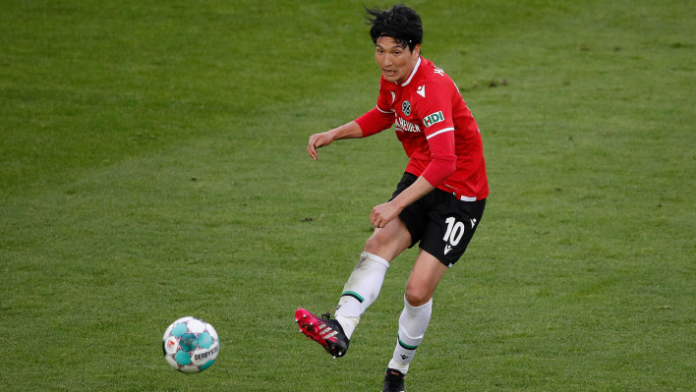 1. FC Union Berlin announced another new signing for next season: The iron has been reinforced with Genki Haraguchi, who emigrated to Hertha Berlin in the past, among others.

The attacking midfielder last played in League Two Hannover 96 and moves to Kopnik for free.

The 57-time Japanese international player moved from his home country to Berlin in 2014, where he played 106 matches for Hertha Berlin in the space of two and a half years. After on loan from Fortuna Düsseldorf, Haraguchi moved permanently to Hanover 96 in the summer of 2018. The 30-year-old scored 15 goals in 98 appearances for Lower Saxony.

“I had a great time in Hanover. But now I am delighted to have the opportunity to play in the Bundesliga again next season. In recent years the federation has shown what is possible when you work hard and as a team the city and the An der Alten Försterei look forward to and I am convinced that I can help the team in Keep row again next season, “Haraguchi was quoted in a statement from the club.

“Genki Haraguchi is a player who has known German football for many years and has convinced us of his performance. He is a technically skilled footballer, often scoring goals, and he can bring us creativity and security in the ball. So we are happy that he has them,” said Federation Director Oliver Rohnert.