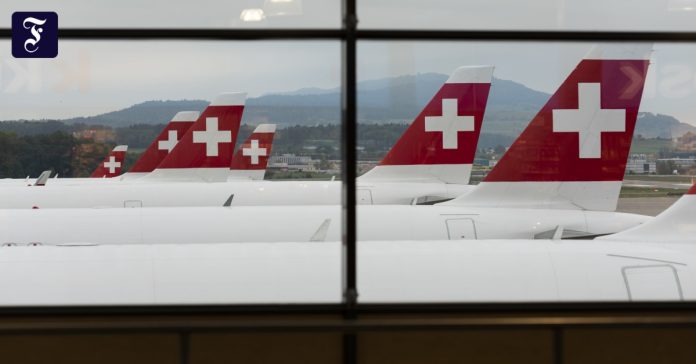 IIn Switzerland, no planes were able to take off and land for several hours on Wednesday morning. The reason for this is the failure of the Skyguide computer system, which monitors Swiss and neighboring airspace. The company announced the closure of Swiss airspace. This is no longer the case. Skyguide managed to fix the issue, and the company announced on Twitter that it regrets the failure. Skyguide spokesman Vladi Baroza, the German news agency, said it was not a cyber attack. The cause was a hardware problem in the IT network.

All airports in the country were affected by the failure, including Geneva, Zurich, Bern and Basel. In Zurich, at the country’s largest airport with 300 daily departures, planes had to stay on the ground. There, the operator announced that flight operations were running at 100 percent again since 10 a.m. Delays are expected today. We continue to recommend passengers to check the status of their flight with their airlines.” On the airport website.

An image of a flight board circulated on Twitter early Wednesday morning, showing all flights affected. Passengers complained on Twitter that they had already been guided through the check-in procedure and were now stuck at the airport.

Incoming long-haul flights have been diverted to airports in neighboring countries, such as Lyon, Milan and Vienna. about the Flightradar24 . tracking tool Takeoffs and landings at Swiss airports can be observed again. Many planes were waiting at airports in advance to continue their journey.

So far it remains unclear what the effects of computer failures and delays will be on European air traffic. Skyguide said it was trying to “minimize the delay”. Aviation is currently under pressure anyway due to the lack of staff at the airports. Lufthansa alone has announced that it wants to cancel hundreds of flights in the summer in order to ease the severity of the airports.

See also  Schalke 04: And another bond - about 34 million euros