Home World After Hurricane Ian: All Cuba Without Electricity 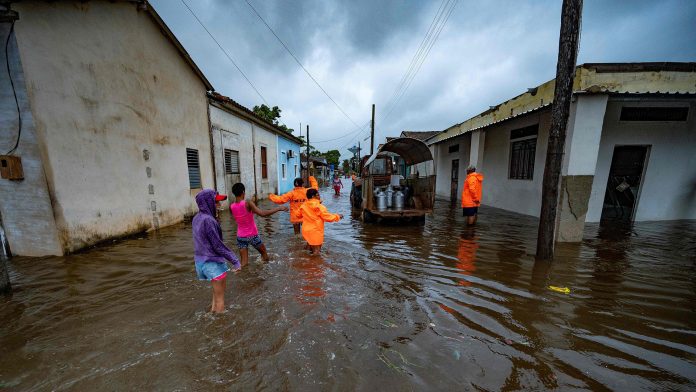 A Category 4 hurricane moving through the Gulf of Mexico. In Cuba he left great damage. Florida is preparing for a severe storm.

All of Cuba lost electricity due to Hurricane Ian. This was announced by power supplier Union Electrica. Work is underway to restore power.

The hurricane made landfall on Cuba’s western coast early Tuesday morning and wreaked havoc there. Electricity was cut off first in the western provinces, then the power grid throughout the country collapsed.

Two deaths have been reported

Tens of thousands of people have been evacuated to safety in Cuba. In Pinar del Rio province, 40,000 people have evacuated their homes as a precaution. The neighboring cities of Artemis and Havana were also severely damaged. There was flooding and damage to homes. The Cuban government said two people died after their homes collapsed.

According to the authorities, they are still investigating the extent of the destruction. According to official media, Cuban President Miguel Diaz-Canel visited the worst affected areas.

Meanwhile, the US state of Florida is preparing for a hurricane. “The forecast is subject to change, but experts say right now this could be a very severe, life-threatening and devastating hurricane,” US President Joe Biden said.

The United States Hurricane Center warned of a life-threatening storm and tornadoes on the west coast of Florida. 2.5 million people have been ordered to evacuate.

Meteorologists warn that the hurricane, now classified as a Category 4 out of five hurricane, will gain strength over the warm Gulf of Mexico. Continuous wind speed can reach more than 200 kilometers per hour.

Florida Governor Ron DeSantis said the hurricane is expected to weaken before it makes landfall south of Tampa. But there will be heavy rain in the coastal area because the hurricane will then move “at a snail’s pace.” DeSantis called on people to protect themselves.