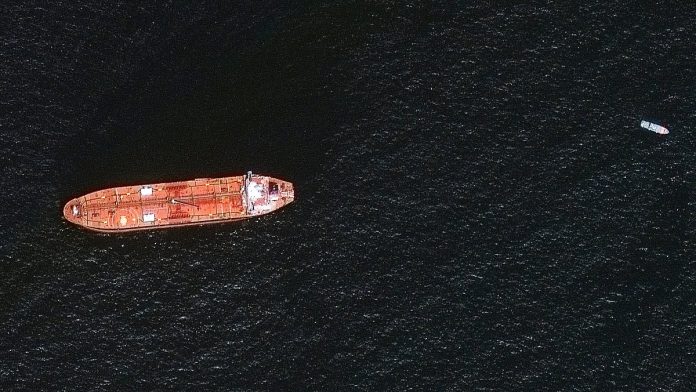 After a drone attack on oil tankers

About a week ago, the oil tanker Mercer Street was attacked in the Persian Gulf. Targeted attack kills the captain and a crew member. After the United States, Israel and several countries, the other G7 countries are now the culprit: Iran.

After the attack on an oil tanker in the Persian Gulf, prominent Western industrialized nations blamed Iran for the incident. The foreign ministers of the Group of Seven countries condemned the incident in which the Romanian captain and a member of the British crew were killed about a week ago, and wrote in a joint statement: “All available evidence clearly points to Iran.” There is no justification for this targeted attack.

The Mercer Street tanker that was attacked is operated by the UK-based Zodiac Maritime, which is headed by an Israeli president. Israel, Great Britain, Romania and the United States have previously blamed Tehran. The G7 countries also include Germany, France, Italy, Japan and Canada. The European Union is usually represented in the constellation of democratic economic powers.

“We call on Iran to stop all activities that contravene the relevant UN Security Council resolutions, and we call on all parties to work constructively for stability and peace in the region,” the statement said. According to the US Central Command, which leads US forces in the Middle East, parts of the drones and explosives, among other things, were examined. “Based on the evidence, US experts have concluded that this drone was manufactured in Iran,” US Central Command said.

Iran denies any involvement, and even before the G7 announcement, it described the blame as a political provocation. And the Foreign Ministry in Tehran warned that if these “adventure games” threaten the country’s security, the reaction will be sustained. Tehran also accuses Israel of seeking to undermine the success of the ongoing nuclear negotiations and lift US sanctions on Iran.