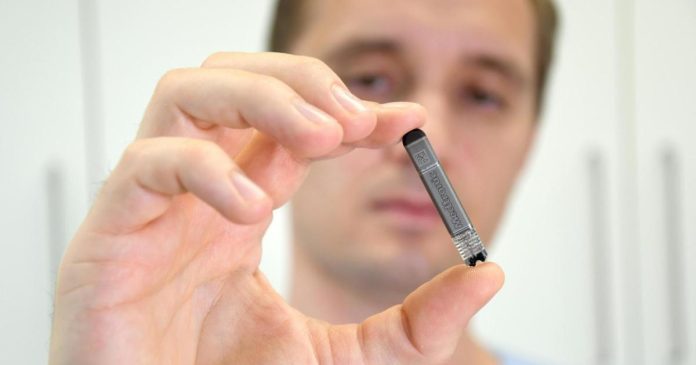 There’s good scientific news for people who have survived a heart attack: The Medical University of Innsbruck reported on Wednesday that a small device implantable under the skin in patients who’ve had a heart attack detects early signs of serious complications. A study shows that implants are clearly superior to traditional aftercare.

The study was led by Axel Bauer, director of the University Clinic for Internal Medicine III at Med Uni Innsbruck, at 33 heart centers in Germany and Austria. The Lancet Digital Health published the research.

Clearly, the telemedicine procedure has important advantages: According to the researchers, the implantable device — the tiny heart monitor — detected severe, mostly asymptomatic, rhythm events in 60 of 201 patients within 21 months. On the other hand, only twelve such events could be detected in the control group, which consisted of 199 heart attack patients without remote monitoring, within the scope of usual follow-up care in the same period. “The key message is that the monitor detects dangerous but asymptomatic rhythm events with great sensitivity, which in turn presages serious clinical events. Thus, serious problems can be detected very early and patients at high risk can be better treated in the future,” Bauer explained.

According to the expert, monitoring is of particular importance for a large group of people affected by average pumping capacity, for whom there are currently no specific preventive measures. The heart monitor is ‘small as a nail’. It is a passive device that continuously records electrical information from the heart over several years. Dangerous arrhythmias will be automatically recognized and teleported to the center.

See also  He's back, but how do you protect yourself from him?

Research work is not enough: future studies must now clarify the extent to which this telemedicine strategy can improve the long-term prognosis of those affected.

Two years after contracting Covid, the sudden return of the influenza...