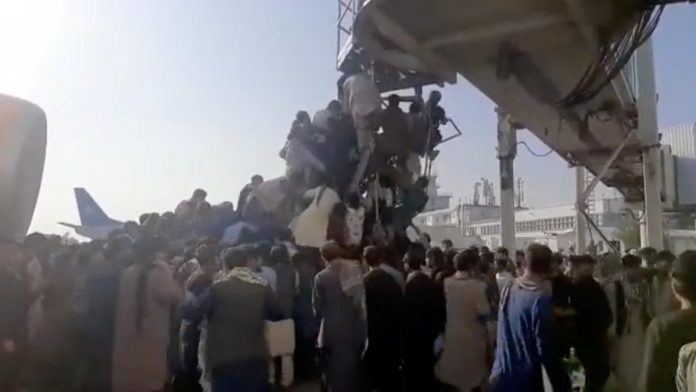 An immediate evacuation of local forces from Afghanistan is required

With the Taliban advancing on the Afghan capital, Kabul, calls to evacuate local workers are louder in Germany. Politicians of all parties expressed their dismay at the danger in which the aides to the Bundeswehr mission were floating.

“The federal government has closed its eyes to reality for too long,” the Green Party candidate for chancellor, Annalena Barbock, criticized in the Sueddeutsche Zeitung newspaper. He would take revenge now.

Left-wing politician Heike Hansel said the federal government has been blocking the departure of local Afghan staff through bureaucratic hurdles since June: “Now it’s once again postponing a quick evacuation with civilian charter flights and instead wants to wait for the Bundeswehr. Irresponsible!”

The head of the Bundestag’s Foreign Affairs Committee, Norbert Röttgen (CDU), has also called for the swift and safe evacuation of local staff. “What needs to be done now is clear: the federal government must bring to Germany everyone whom Germany has the responsibility to protect immediately and safely,” he told the Rheinische Post newspaper.

The federal government is acting haphazardly, and has criticized the foreign politician from the Free Democratic Party Alexander Graf Lampsdorff. There is blame between ministries. He told the Rheinische Post newspaper that caring for local employees was a “moral duty and in the national interest.”

The Christian Democratic Union’s foreign policy expert, Ruprecht Bollins, has also been highly critical of the federal government. He said on Twitter that it was completely incomprehensible to him why the care of local employees and their family members, including flights, visas and first stay in Germany, “was not an integral part of the withdrawal plan”. The last German soldier left Afghanistan in June.