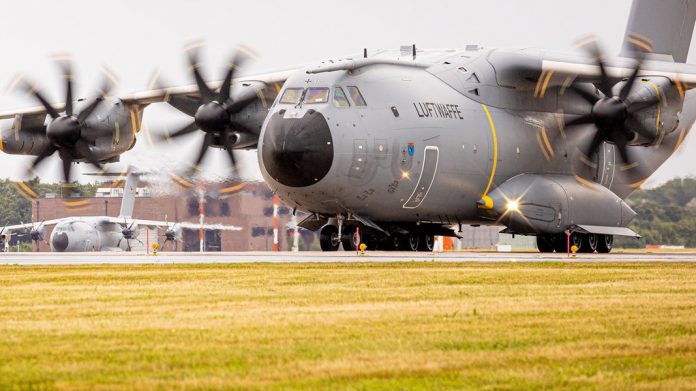 The first transport plane from Wünstorf Air Base (Hanover region), which took off from Kabul airport at night, had seven people on board, as confirmed by the Ministry of Defense via SMS Twitter. Those were the ones who were at the airport. Those airlifted are five Germans, one person from another European country, and a local Afghan employee who was or worked for the German army or a federal ministry.

Paratroopers from Seedorf have arrived in Kabul

A spokesman for the German Foreign Ministry justified the decrease in the number due to the chaotic conditions at the airport and the dangerous situation. In addition, the plane had to leave the airport again after a short time. According to the Ministry of Defense, transport aircraft mainly brought German army soldiers to Kabul. “It is now secured so that more people who need to be protected can come to the airport.” Troops are paratroopers of the Rapid Troop Division from Seedorf (Rothenburg district).

The Ministry of Defense plans an airlift

The Paratroopers are specially trained in evacuation procedures and are intended to support US soldiers in restoring order and to enable rescue operations to proceed safely. Defense Minister Annegret Kramp-Karrenbauer (CDU) said in ARD morning magazine that during the night everything was ready for evacuation. A second transport plane waits for the Americans to show they can fly to Kabul. “Hopefully we can build a real air bridge with the Americans in the next few days,” Kramp-Karrenbauer said.

AKK: “Get as many people as you can”

Up to 600 German armed forces soldiers are available to bring German citizens, Afghan local staff and people at risk for their safety. “The German army’s mandate is clear: As long as it somehow works, get as many of it as possible.” The two Airbus A400Ms that started Monday morning in Wunstorf are supposed to transport people to safety through the center of Tashkent in Uzbekistan. Also in use is a third A400M, which is equipped for medical transport, and an Airbus A310 MRTT, which also took off from the Wunstorf air base on Monday.

Lower Saxony Interior Minister Boris Pistorius called on the federal government to act quickly on Monday. The German army must now “take out whoever you can get out of”. Visas can be issued upon arrival in Germany. There is currently no time for complicated procedures in Afghanistan. It depends on each day. And the news service had previously criticized Twitter: “The eviction comes too late.” It is “a dangerous and undeserved end to a long and important task.” Federal opposition politicians also criticized the eviction measures.

Pistorius announced that people from Afghanistan would find protection in Lower Saxony. The country has already taken in more than three-quarters of the 1,100 local Afghan workers who have arrived in Germany with their families. But the total number is several thousand people.

A transport plane transported the first German citizens to Uzbekistan. More at tagesschau.de.

Head of Research Collaboration on NDR, WDR and “SZ” shows on NDR Info that experts seem to know very little about the country that they do. (08/17/2021) 6 minutes

Tank mess!: The French are not getting any more fuel |...