Home Economy Accusation of fraudulent budgets: McDonald’s get away with paying billions of dollars 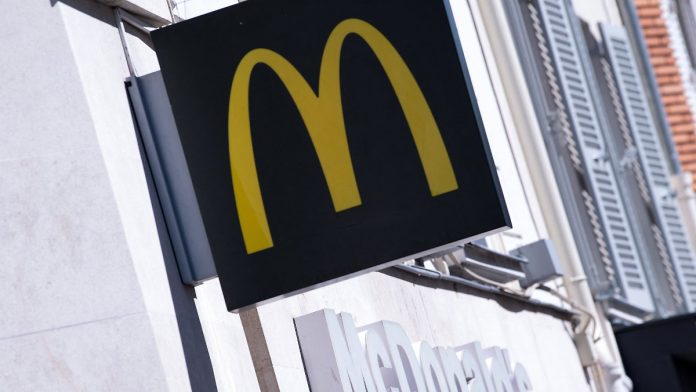 It is said that McDonald’s systematically smuggled license fees through the tax authorities. The fast food giant has been under investigation in France for years. With a $1 billion payment, the group is now blocking a potential operation — but without an “admission of guilt.”

Fast food group McDonald’s pays 1.25 billion euros in France and thus avoids a tax process. According to the agreement, which was accepted by a Paris court, McDonald’s will pay 737 million euros in back taxes plus 508 million euros. The company was accused of artificially reporting low profits between 2009 and 2020 in order to reduce its tax burden.

Investigators from the Financial Prosecutor’s Office have investigated the suspicion that a license fee paid by McDonald’s France to its European parent company in Luxembourg to use the chain’s trademark may have artificially reduced profits.

At the beginning of 2016, the financial prosecutor’s office had already started preliminary investigations after union representatives filed a lawsuit against McDonald’s France for organized tax fraud. According to the information at the time, the amount was approximately 75 million euros per year. With comparison, investigations are now closed.

McDonald’s is one of several multinational companies under investigation in Europe for alleged profit diversion or tax evasion. McDonald’s welcomed the fact that the agreement ended the tax case “without admitting guilt”. Meanwhile, the company indicated that it had already paid 2.2 billion euros in taxes during the period in question.

France is one of the countries where McDonald’s is very popular. According to the company’s French website, there are about 1,500 restaurants there. Most of these restaurants are franchised, paying a license fee to McDonald’s to use the brand and for things like data systems, restaurant decor, and employee training.