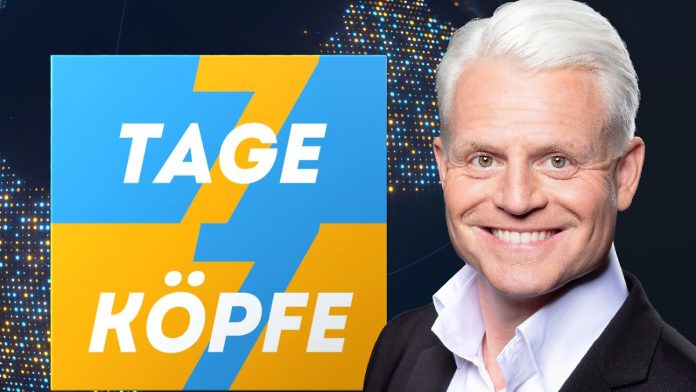 There are many comedy shows on TV these days. But only a few of them have achieved cult status like this: “7 days, 7 heads.” After more than 15 years, the format is now celebrating its comeback. It is moderates is already certain.

RTL announced the return of the cult show: On February 3rd at 10.15pm there will be “7 Days, 7 Heads” (Also available on RTL +), announced the announcer. Guido Kantz is present as moderator, inheriting the show’s long-running star, Jochen Bossi.

Kantz said of the show, “After 12 years, are you having fun?” I am looking forward to the upcoming classic TV series with “7 Days, 7 Heads”. Hosting a weekly comedy show has been on my to-do list for a long time. I signed my first major TV contract with RTL at the time. It’s good to be back home! “

“7 days, 7 heads” ran on RTL for about ten years, and in 2005 the comedy show said goodbye to the present. Rudy Carell gave the go-ahead in 1996. At the time, critics were Dr. Helmuth Karasik, comedian Karl Dahl, TV presenter Milena Preradovich and speaker Barbel Schaeffer at the TV table. Mike Krueger joined in the first season. Kaley Paul and Bernd Stelter took their regular spot in 1997, and Oliver Welk replaced Rudy Carell at the end of 2002 on the tour.

From carnival to TV

Guido Kantz, 50, got his first spurs as Bütten’s speaker at the Carnival. Since the turn of the millennium, he has participated in or managed several television formats, including the “Genial daneben” quote and the game show “Deal or No Deal” on Saturday 1 or “Die Montagsmaler” on Südwestrundfunk (SWR).

In 2010, Kantz took over the curation of the ARD TV classic “Do You Understand the Fun?”. However, he gave it up at the end of last year. His successor is Barbara Schonberger.

Is time travel possible? About the first episode of “Star Trek” and a realistic scenario in the real world

Stars Against Cancer: Now women are starting to take off