Home entertainment 50 with a view: Carolyn Peters is ready for something completely new 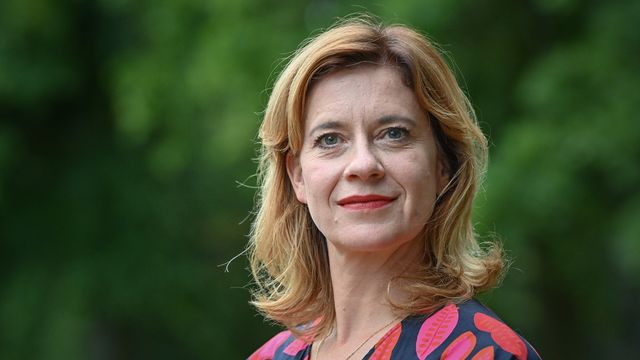 VIENNA (dpa) – Caroline Peters is curious about roles entirely outside of crime scenes. “I am increasingly feeling the urge to portray something that happens at a completely different time,” said the German theater and film actress, who will celebrate her 50th birthday on Tuesday.

Peters said she was particularly interested in historical and science fiction material, which became known to a wide audience as an investigator on the hit ARD series “Mord mit Aussicht.”

At first she seemed a bit skeptical about her historic birthday, but that completely changed over the summer, she told DPA: “Fifty is totally cool in a way. You can’t get any better.” “You have all your power at your disposal, you are at the peak of your potential. You are no longer a beginner and you are completely in the middle of it.”

For the theatre, the multi-award winning theater actress would like more contemporary pieces and completely rewritten versions of old material rather than the myriad performances of classics staged in a modern way. Currently, only ten percent of the plays on stage are by contemporary authors. “There is really something wrong with the relationship,” she said.

Born in Mainz, she lives as a member of the troupe of the famous Burgtheater in Vienna, but also works on other stages. On Friday, she presented the premiere of “Oedipus” by Maja Zadeh at the Greek theater in Epidaurus. Thomas Ostermayer’s production can also be seen at Berlin Schaubühne in September.

But Peters doesn’t just want to dive into the worlds of the past or the future. She also said that she would like to do some smart comedy like the American series “Modern Family”.

In 2018, the Sonki Wartman movie “First Name”, in which the name of baby Adolf caused a family uproar, proved to be her fit. In January, Peters came to movie theaters with the sequel “Last Name”. Next year, the first episode of the new ZDF crime series “Die Kolleginnen” will be broadcast, where Peters and Natalia Beletsky play the detectives. But this wouldn’t be a new grinning thriller like “Killing with a vision,” she said, “that’s too dangerous.” The second part will be filmed this fall.

These 10 talents should prove themselves to Thomas Gottschalk!

Culture on Lake Constance: Here’s what the public can expect from...