Home science 182,000 fake health permits have been created since this summer 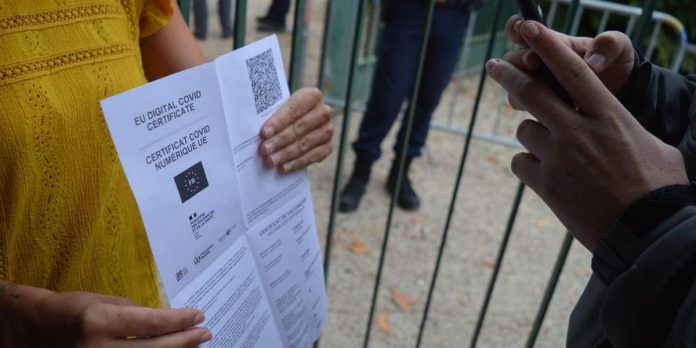 With the intensification of checks requested by the Ministry of Interior, the number of forged health permits discovered since this summer increased dramatically to exceed 180,000 on Monday.

Police have uncovered a total of 182,000 false health permits since the device was established this summer, according to a new report prepared by the Ministry of Interior on Monday.

The previous figure provided by Beauvau on Friday reported 110,000 fake health declarations in circulation. And last week, the Minister of the Interior, Gerald Darmanin, had ordered, according to his entourage, the directors-general of the police and gendarmerie to intensify inspections. And his entourage said, Thursday, that he had announced the arrest of one hundred people, from users and smuggling networks.

The information confirmed, Friday, the dismantling of a network, at the beginning of December, which made it possible to create between 5,000 and 10,000 fake health permits in favor of about two million euros. According to the first elements of the investigation, the counterfeiters recovered the IDs of the pharmacists on the website of the National Syndicate of Pharmacists.

In the face of the proliferation of fake health permits, police and gendarmerie have incorporated other modes of operation, including online purchase of fake vaccination certificates and fraudulent use of a third-party QR code. Authorities are also tracking down health professionals or administrative agents who provide false permits.

Increase in bonuses and salaries in January for midwives

When is a cataract operation necessary and how does it work?