Home World 100 firefighters at work: hours of a nuclear submarine ablaze in Toulon 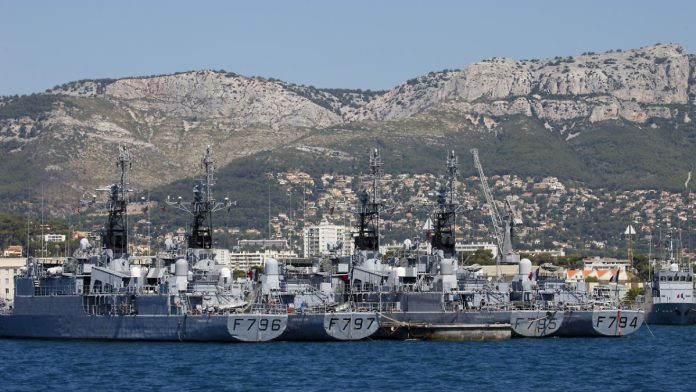 A nuclear submarine burned in southern France for hours before 100 firefighters could control the blazing flames. According to the Navy Prefecture, there should be no danger from radioactive radiation. This is not the first fire on a nuclear submarine in Toulon.

Hundreds of firefighters put out a fire in a nuclear submarine in the southern French port city of Toulon. As the Naval Prefecture announced, an insulating material apparently caught fire in the food storage room at the front of the submarine on Monday. The firefighters brought the blazing fire under control after several hours and there was no danger of radioactive radiation.

A major fire broke out in the nuclear submarine “La Perle” in June 2020 when it was being repaired at the military port of Toulon. After extensive renovation work, it has been returning to Toulon since October 2021 to complete repairs, particularly in the interior.

The cause of the fire is still unclear. A county spokesman said the reactor that runs the boat has been shut down. Toulon is the largest military port in France and a base for the French fleet in the Mediterranean.