Home science WHO raises the risk of regional and international spread 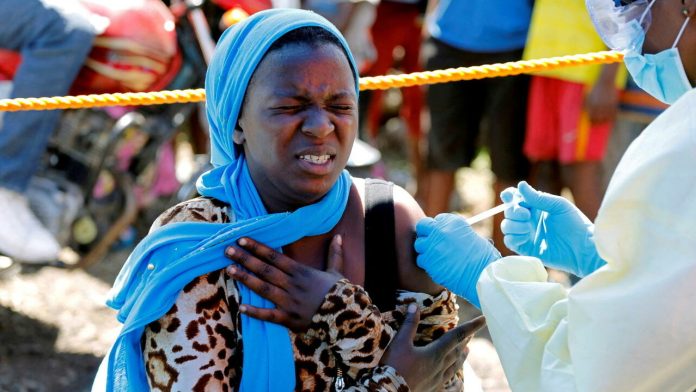 According to the World Health Organization, the risk of regional and international transmission of the Ebola virus cannot be ruled out because the Congolese city of Mbandaka, where a new epidemic is spreading, has river, land and air contacts with many African countries.

On Thursday, April 28, the World Health Organization indicated that it could not rule out the risk of regional and international transmission of Ebola following a new epidemic of this hemorrhagic fever in Mbandaka, Democratic Republic of the Congo. .

An outbreak of the virus in this northwestern city has killed two people since April 21. As of April 27, “267 contacts have been identified,” according to the World Health Organization which, at this point, sees it as “difficult to assess the extent of the epidemic.”

The World Health Organization said: “The risk of regional and international spread of this epidemic is not excluded because the city of Mbandaka is on the border of the Congo River and has river and land links with the capital Kinshasa, the Republic of the Congo, the Central African Republic and Angola.” in the current situation.

In addition, WHO adds, Mbandaka has air links with the province of Sud-Ubangi, which borders the Central African Republic and the Republic of the Congo, and with Kinshasa.

But the World Health Organization currently describes the risk as “moderate” at the regional level and “low” at the international level. The United Nations agency does not recommend any restrictions on travel and trade to the Democratic Republic of the Congo.

The risk of spread in the Democratic Republic of the Congo is considered “high” due to the presence of animal reservoirs and intermediate hosts, the high prevalence of Ebola epidemics in the country, environmental factors and a weak health system. -19, among others.

This is the 14th Ebola outbreak in the Democratic Republic of the Congo since 1976.

According to the organization, 200 vaccine doses have been sent to Mbandaka. Vaccination began on April 27. Other doses will be shipped as needed.