Home science What are the health risks of artificial colored foods 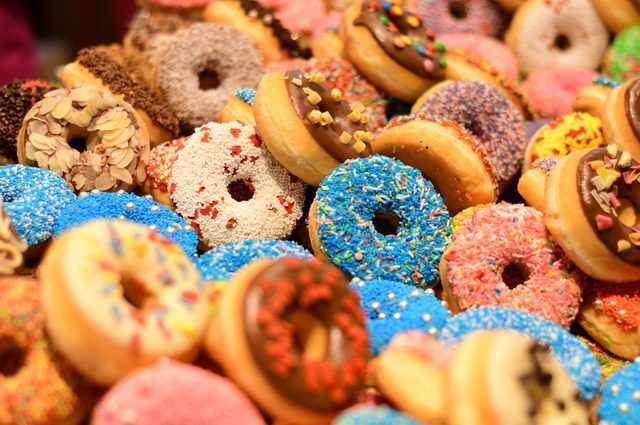 Although artificial food colors are classified as non-carcinogenic, they may be associated with fatal colorectal cancer, according to a scientist.

As noted in an article published in The Conversation by Professor Lorne J. . This increase is expected to rise again by the end of the next decade, reaching +124% compared to current data, according to the most pessimistic estimate. Colon and rectal cancer is one of the most deadly diseases in Italy, ranking second among the “fatal diseases” among cancers. Suffice it to say that in 2016, according to the “Cancer Figures” report presented by the Ministry of Health, about 20 thousand people lost their lives in our country because of this tumor, most of them men.

Professor Hofseth suggests that behind this alarming increase in cases of colorectal cancer may lie in the increased consumption of sugary and ultra-processed foods, soda and red meat, which are part of the infamous diet many Americans follow. (and not only). The scientist says he is particularly concerned about an “ingredient” found in many of these foods: artificial food colours. Many of these compounds are abundant in processed foods that are also sold during the Christmas season, mainly because they greatly improve their appearance. Synthetic versions of dyes are more popular because they are cheaper, brighter, and more durable than natural dyes, such as those extracted from beets. Today, many of these dyes are made from a petroleum-derived compound called naphthalene: fewer than a dozen are approved in the United States and the European Union.

See also  In people between the ages of 50 and 70, not getting enough sleep may increase the risk of developing dementia

Although artificial food colors are not classified as carcinogenic, they do exhibit irritating properties that may be linked to colorectal cancer, according to Professor Hofseth. “Bacteria in the gut can break down synthetic dyes into molecules known to cause cancer,” the scientist said, adding that further investigation would be needed to determine the potential cancer risk. Studies have shown that artificial food colors can bind to DNA and proteins within cells. There is also some evidence that synthetic dyes can stimulate the body’s inflammatory machinery. These two mechanisms can pose a problem with colon and rectal health.” The expert explained. Inflammation is one of the main causes of oncological diseases. “We discovered that synthetic food dyes damage the DNA of rodents,” Hofseth adds. This is confirmed by unpublished data from my research team showing that Alura Red, or tartrazine red 40, or yellow 5, can damage the DNA of colon cancer cells,” concluded Professor Hofseth, adding that the results obtained during Laboratory tests (with doses and exposures adjusted) normally would have to be repeated in animal and human models to prove that the dyes did indeed cause this DNA damage.The scientist is particularly interested in children, whose developing organisms are more sensitive to exposure to these substances.The study on color diffusion found Synthetic Food in Grocery Products Marketed to Children More than 40 percent of baby products sold in a large supermarket in North Carolina contain artificial food colouring.

The expert points out that it is clear that some sweets eaten during the Christmas holidays will not cause colorectal cancer, but if you follow an unbalanced diet based on processed and packaged products for a long time, the speech may change for gut health. . So if other risk factors are included. Among those known, in addition to the presence of precancerous lesions that develop into cancer, hereditary diseases and intestinal diseases, there is a sedentary lifestyle, the habit of smoking and alcohol abuse. For all of these reasons, Professor Hofseth recommends a healthy, balanced diet with less red meat and processed foods, physical activity and regular bowel examinations.