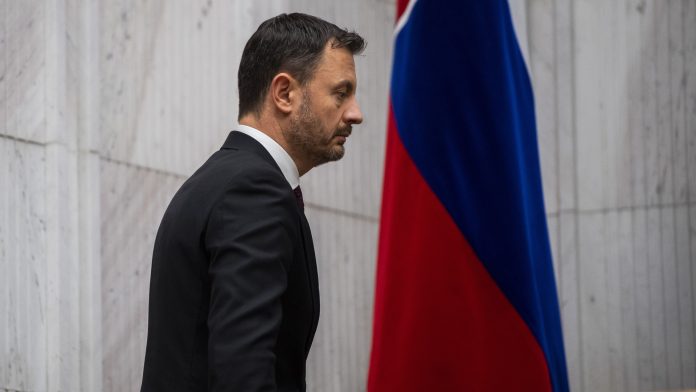 Prime Minister Heger and his conservative populist government did not escape a vote of no confidence in the Slovak Parliament. The vote came from a former coalition partner. It is not clear if there will be new elections.

In Slovakia, the populist minority conservative government of Prime Minister Eduard Heger was brought down by a vote of no confidence. In the Parliament of Bratislava, 78 out of 150 deputies voted against the three-party cabinet. The motion of no confidence came from the liberal Freedom and Solidarity Party (SaS), which was itself a member of the coalition until the beginning of September.

SaS chief Richard Sollick has accused the government of incompetence in the face of the energy crisis and high inflation, as well as a lack of commitment to fighting corruption. The opposition also criticizes that Heger’s government is mired in the current refugee crisis. In addition, Igor Matović, founder and leader of the largest ruling party, Olano, abuses his position as Minister of Finance due to reprisals from political opponents.

Who will rule Slovakia in the future now depends primarily on President Zuzana Caputova. He can temporarily order the collapsed government to continue its work until a new coalition is formed. But it can also create an expert government.

There may be early elections. Several parties spoke in her favour. This requires a two-thirds majority in Parliament. According to the polls, the opposition will benefit the most from any new elections. The next election is scheduled for February 2024.