Home World USA: US President Biden cuts the social and climate package together 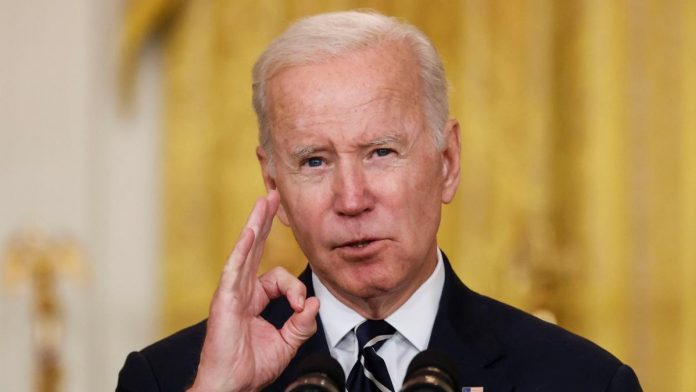 aUnder pressure from parts of his own party, US President Joe Biden has dramatically cut his planned package of investments in social and climate protection. $1.75 trillion is now set to be spent, the White House announced Thursday. Originally, Biden targeted a package that was twice that size, worth $3.5 trillion.

Moderate Democrats, however, resisted such high spending and, in months of negotiations, forced the president to abandon parts of his plans. The package is one of the primary domestic political projects of his presidency. Biden spoke of “historic investments” necessary to ensure the country’s competitiveness in the twenty-first century.

Intense negotiations between Biden and various partisan wings continued for months in order to organize a majority of the plans. It wasn’t clear at first if he was standing now. Regarding the new proposal and difficult negotiations with parts of his party, Biden said in his appearance at the White House: “Nobody got everything they wanted.” This also applies to him. But this is what a settlement looks like.

The president said, along with the infrastructure package he also started, the investments have what it takes to truly “transform” the country. The Democrat warned that if nothing happened, other countries would threaten to outsmart the United States.

It is not a question of “left versus right,” “moderate versus progressive,” but rather whether the United States leads the world or is the world outsmarting it. At the same time, Biden also began a large package of investments in the country’s infrastructure, which has not yet been decided in Congress.

Biden flies to the G20 summit

Biden visited the Democratic parliamentary group in the House of Representatives on Thursday to campaign in person to approve both packages. Such visits by the president to Congress are rare. Several Democratic lawmakers said after the meeting that Biden stressed that the plans were critical to his presidency, the party and the image of the United States abroad.

Immediately after visiting Congress and appearing at the White House, Biden set off for Europe, where he will attend the G-20 summit in Rome and the global climate conference in Glasgow in the coming days. Climate protection should also play an important role in the G20 meeting.

So Biden and the White House have stepped up their efforts in the past few days to come to an agreement on the social and climate package before the trip to Europe in order to be able to show something internationally – in terms of climate, but also perspective. To Biden’s political power and support his agenda at home.

In the 1.75 trillion package, among other things, 555 billion dollars are planned to combat the climate crisis, including investments in renewable energies or tax incentives for the purchase of electric cars. However, the core of the package is social: among other things, there are plans to reduce – yet shocking at times – the costs of childcare for many families in the country and partly to take it over entirely by the state, to relieve families from taxes and to expand health services.

The package will be funded by tax increases for corporations and high-income earners as well as by more consistent collection of taxes owed. The White House expects about $2 trillion in new revenue — just over the cost of the package. Biden said the project is therefore “responsible for the budget.”

Various plans Biden originally included in the package, including his important plan to introduce twelve weeks of paid parental leave, as well as other healthcare improvements, have faltered. These are the things that progressive Democrats cherish. Effectively, they threatened to block a large-scale infrastructure package also initiated by Biden, which has already been approved by the Senate but still needs House approval.

The two packages are two domestic political projects that have been pivotal to Biden during his tenure — and given the internal party struggles among Democrats, they are politically connected. Biden’s Democrats have a very narrow majorities in both houses of Congress, so the president has to join forces. With next year’s congressional elections approaching, midway through his term in office, time is of the essence for Biden to overcome his primary concerns while Democrats take charge of Congress. At least in the Senate, there is a risk of losing a majority in the 2022 election.

See also  Ulf Bouchardt on the economic and energy crisis: an unprepared country