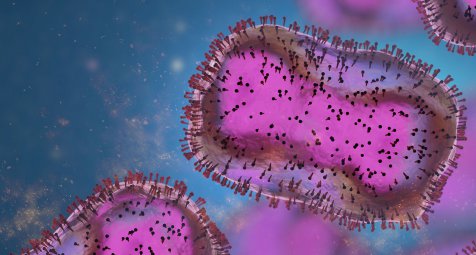 WASHINGTON – The United States is preparing to vaccinate people who have been in contact with people infected with monkeypox. “For now, we hope that the vaccine will be distributed as widely as possible to those we know will benefit,” said Jennifer McCuston of the CDC.

In addition to contact persons, they are also health care workers and “those at risk of critical illness”. According to the CDC epidemiologist John Brooks, people with weakened immune systems or those with certain skin conditions, such as eczema, are at an increased risk of infection.

According to current knowledge, it is clear that MSM are more susceptible to infection. However, the Centers for Disease Control and Prevention (CDC) emphasized that the risk of infection does not extend only to gay men. The United States currently has about 1,000 doses of smallpox and monkeypox vaccines, according to the Centers for Disease Control and Prevention. However, McKeston announced other “very fast” deliveries.

There is no specific treatment for monkeypox. However, the normal smallpox vaccination is 85 percent preventative. According to the Federal Ministry of Health (BMG) in Berlin currently at the international level at the technical level.

Symptoms of monkeypox include fever, headache, muscle aches, and a rash that often begins on the face and then spreads to other parts of the body. Most people recover within a few weeks.

According to the current state of the research, close physical contact is required for transmission. According to the health authorities, the risk of contracting monkeypox to the general public is very low. © afp / aerzteblatt.de

A More Sustained Immune Response Through Memory B Cells – The...