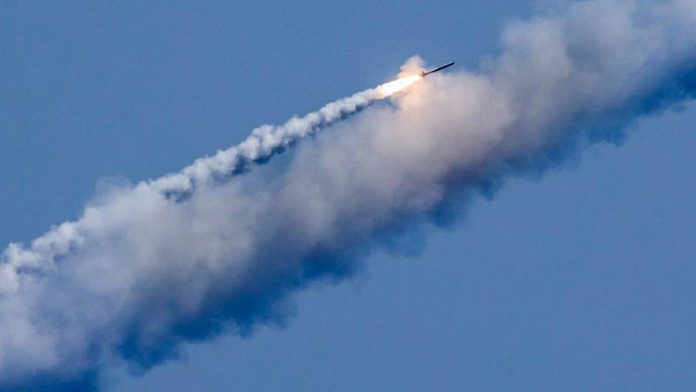 Soliman has now reported on Facebook the first combat use of the app against a Russian Kalibr cruise missile on October 22. “The Caliber flew at a very low altitude, due to the characteristics of the terrain it was difficult to determine. But some vigilant citizens saw it and alerted the military through the ePPO application. Our paratroopers got the target in a few seconds, they had enough time and there were no problems with taking the Caliber From the sky “.

The app can also be used against drones. There were also initial successes here: “On October 25, two Shahed-136 aircraft were destroyed with the help of our ePPO calculations,” the programmer wrote. “Now, the soldiers of the Southern Air Command are using data from ePPO users and have the first results,” Ukrainian Southern Command confirmed on Facebook.

The process is very simple: after users see a missile, they open the application and use the code to select the type of attacker – a missile, a drone or an aircraft. Point your phone at the target and press the big red button. In the case of anti-aircraft defense, a sign flashes on an electronic map. The attack is again checked by the army, and then defensive actions are initiated.

The Russian Kalibr missile flies about 800 km / h, and the Shahed-136 unmanned aircraft about 200 km / h. Since most of them are launched from Russian territory outside the Ukrainian borders, there is enough flying time to see. Small missiles are particularly difficult to locate for air defense systems, especially when they are flying under radar. The German Iris-T system, delivered to Ukraine, can fire at targets with a height of up to 20 kilometers and a range of 40 kilometers.

The Ukrainian military has announced that it has shot down more than 300 Iranian Shahed-136 kamikaze drones since mid-September. Air Force spokesman Yuri Henate told reporters in Kyiv on Friday. Presumably, Russia has ordered 2,400 drones. President Volodymyr Zelensky said that Russia carried out more than 8,000 air strikes and fired 4,500 missiles. He stated that the capital, Kyiv, repelled 23 drones in the past two days.