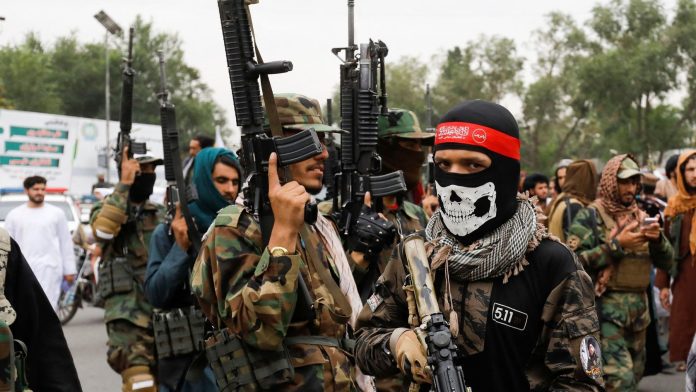 It seems that the Taliban is returning to its old form in Afghanistan. The sharp criticism comes from the United States.

The United States has sharply criticized reports of public floggings in Afghanistan. The US special envoy for Afghan girls and women, Rina Amiri, wrote on Twitter Thursday that this is a “shocking and dangerous sign” that the Taliban are resuming their past policies. “This did not end for a long time and will once again lead the country down a dangerous path,” she added.

On Wednesday, the Taliban said 14 people were publicly flogged at a football stadium in the eastern province of Logar. The defendants were accused of adultery, theft and corruption among other things, according to an official statement. Videos circulated on social media showing hundreds of spectators who were said to have watched the military punitive measures.

This is the first time that public flogging has been confirmed since the Taliban took power last summer. During the first Taliban rule from 1996 to 2001, floggings, amputations, and stoning were carried out in public.

Women’s rights are being restricted more and more

Meanwhile, women in the capital, Kabul, again protested on Thursday against the Taliban government curtailing their rights. In the city center, demonstrators chanted slogans such as “Woman, life, solidarity” or “We are fighting for our rights,” reported Hasht al-Sobh daily. It is the first women’s protest in the city since the arrest of some women’s rights activists a few weeks ago.

Since taking power in August 2021, the Taliban has continued to restrict women’s rights. In large parts of the country, girls’ schools closed from the seventh grade. Women in Kabul were recently banned from parks because visitors to the park allegedly flouted the gender segregation. Read more about this here.

According to media reports, the Taliban in the central province of Uruzgan have now banned women from purchasing mobile phone cards.