Home World The Russian strategy is a mystery: Kyiv withstands the advance of Russian... 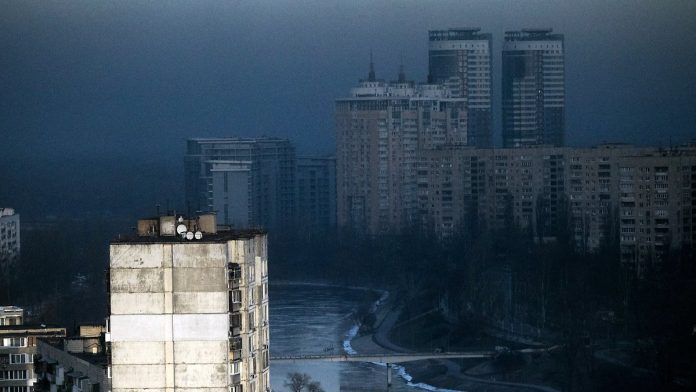 Days ago, Russian forces intensified their attacks on the Ukrainian capital. Until now, the Ukrainians managed to prevent the enemy from advancing. Soldiers in Kyiv reported the destruction of vehicles on the Russian side. The strategy of the Russians is not clear to them.

As artillery fire continued, a division of Ukrainian soldiers occupied its position northeast of Kyiv. Near the village of Skybyn, men guard the highway that runs from the northeast through Brovary to the Ukrainian capital. So far they managed to prevent the Russian tanks from advancing to Kyiv.

“Today, the morale of the troops is very good,” says a soldier named Topas, who holds a Kalashnikov and walks through a headset. “Two days ago, we pushed Russian tanks back a few hundred meters,” he reported proudly in a pause between gunfire.

Video of the battle, taken by a Ukrainian military drone, shows a column of about 20 Russian vehicles, including several tanks, moving south on the highway. Then the convoy was suddenly fired upon with rockets and grenades. The front tank is hit first, then last again. The Russian convoy turned around and hurried out of the village. “We called them tanks and rocket launchers,” Tubas says. Then they hid in the neighboring villages.

Ukraine: Five wounded and one in mortal danger

According to a number of Ukrainian soldiers, at least two Russian vehicles were destroyed and a Russian tank commander was killed. On the Ukrainian side, soldier Ilya Berezenko reported, “We have five wounded, one of whom is in mortal danger.”

Since the invasion on February 24, the Russian army has captured a number of strategically important sites in Ukraine, especially on the southern coast and in the east and north of the country. The Russians are advancing in the capital, Kyiv, mainly from the northwest and northeast. But progress has stalled. While Russia has recently intensified its air strikes, military experts estimate that ground forces around Kyiv have barely moved in the past few days.

A few days ago, to the east of Kyiv, Russian tanks advanced a few kilometers from the suburb of Brovary. The local population counted more than 70 military vehicles, of which about 40 were tanks, and about 300 were soldiers. Then this column, or at least part of it, moved towards Brovary and Kiev – and the soldiers stopped it at Skipin on Thursday.

“You must be crazy or delusional”

Since then, the guys have been thinking about Russian strategy. They could not penetrate Kyiv with a few dozen tanks, says 27-year-old Beresenko. “I don’t know why they are doing this. They must be crazy or misleading. Or they just want to confuse us.” Ukrainian soldiers believe that the Russian army has overestimated itself and underestimated its opponent. “They have to camp in the villages at night when the temperature reaches about 10 degrees below zero,” Beresenko says of the Russian soldiers. They have no food and they have to loot the houses.”

Despite all this, the Russians advanced far enough to raise fears of a complete encirclement of Kyiv. Only the roads to the south are still open. According to the Ukrainian presidential office, the capital is “in a state of siege”.

Above all, soldiers in Sky fear between Russian air strikes causing devastating damage. But Beresenko is convinced, but “they do not have enough men or equipment to occupy the country.” Russian soldiers are “not enough” and “far from home”. Eventually they will “give up on fatigue.”

See also  A thong on the face instead of a mask: the crew casts potential civil rights activists from the pilots