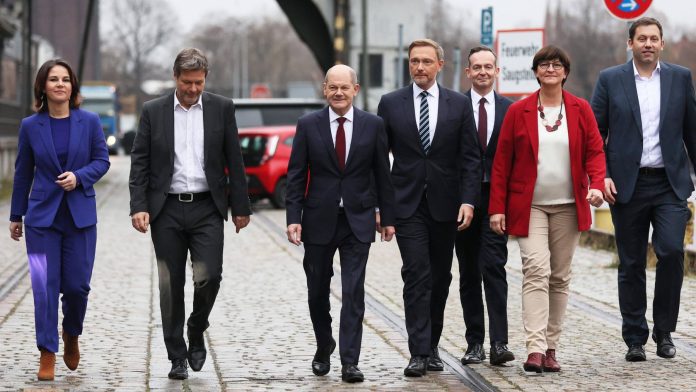 At the end of 2021, the electric production of green hydrogen production in Germany was about 60 MW. Just enough to power 30,000 commercial boilers. In the case of electric mobility, the jump needed is similarly large.

When traffic lights announced their interim goal of electric cars last November, many were amazed: 15 million pure electric cars are expected to drive across Germany in just eight years.

In order to make it happen in such a short time, 130,000 new e-cars would have to be added each month, DIW calculates. Currently, just under 30 thousand clean new cars are registered each month.

The longer we wait for the minimum quantity, the less likely it is that electric cars will begin successfully in the next decade. “In addition to the current purchase premiums, the European Union’s ban on internal combustion engines, which is currently being voted on, could certainly contribute to increased electric mobility,” says DIW study author Adeline Guéret. However, it is not enough to put cars on the road.

You also need to be able to upload them, which seems to be a bigger challenge. An average of 1,200 new charging points are currently connected to the network each month – according to an analysis by “Traffic Light Monitor Energiewende,” 8700 should be a full 600 percent more than at present. Another important aspect of residents’ daily lives worries DIW economists.

If the Traffic Light Alliance is to ensure that in 2030, the promised 50 percent renewable heating energy will actually ensure foot heating, speed is required. Until then, the stake should increase four percent from year to year, according to DIW calculations.

A look into the past serves as a reminder: The green heating sector has not even been able to achieve such growth in ten years lately. Since 2012, renewables have increased the heating mix by less than three percentage points overall. And in the electricity sector too, Germany is still far from being domestic.