Home Economy Tesla Giga-Factory in Grünheide near Berlin: the fine proceedings have begun 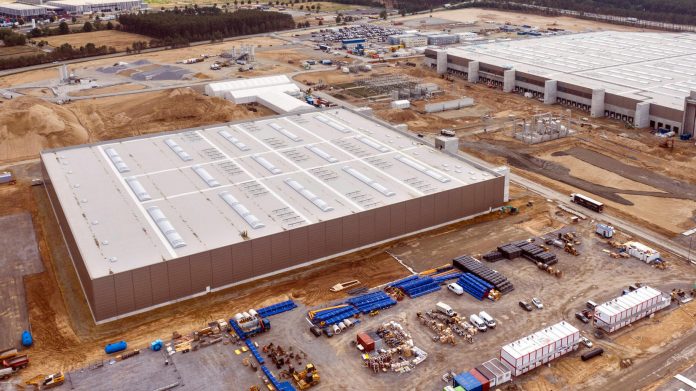 At first it was just a suspicion, and now it has been confirmed: the state of Brandenburg has started fine proceedings against the American electric car manufacturer Tesla. It is about the so-called black building in Grünheide.

There are ongoing discussions about the construction site of US electric car maker Tesla in Grünheide, near Berlin. Brandenburg State has now begun fine action against Tesla. The suspicion of illegal construction at the “Giga-Factory” site, as Tesla calls the factory area, has been confirmed. The Environment Agency discovered this during a construction site inspection, Tagesspiegel first reported.

Tesla has set up three unapproved tanks at the factory site. Sebastian Arnold, a spokesman for the Environment Ministry in Brandenburg, told dpa on Thursday. These are tanks for different liquids

Background: The approval authority was informed on Monday that tanks may have been erected at the construction site and approval was not granted in accordance with Section 8a of the Federal Immunity Control Act. According to the environmental associations, this should be a tank for the chemical tetrafluoropropane refrigerant.

So far, the automaker has not received an environmental permit under the Federal Emission Control Act. Accordingly, Tesla is building with early approvals. The final decision is still pending. The timing is not clear. The amount of the fine is not yet known.