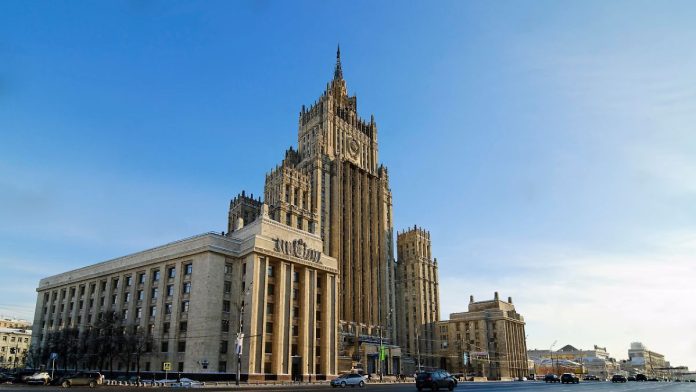 Do Western countries want to recruit Russian diplomats? Moscow raises this accusation and summons the Dutch ambassador. The Netherlands allegedly participated in the “unlawful actions” of British intelligence.

Because of alleged Western attempts to recruit Russian diplomats in the Netherlands, Moscow summoned the Dutch ambassador. The Russian Foreign Ministry said Moscow “strongly protested the October 20 attempt to recruit the military attache of the Russian embassy in The Hague by a British intelligence representative,” describing “such actions” as “unacceptable”. Moscow accused the Netherlands of participating in “these illegal acts”.

The ministry accused Western intelligence agencies of carrying out several similar “provocations” against Russian diplomats in the Netherlands in recent years. In December 2018, US intelligence officials called a Russian diplomat from the Organization for the Prohibition of Chemical Weapons (OPCW) “in a garden.” The following December, the ministry said, CIA agents at Amsterdam’s Schiphol airport attempted to “encourage” an attache from the Russian embassy to “cooperate.”

In another case in April, Dutch intelligence officials attempted to recruit three Russian diplomats who had previously been declared persona non grata prior to their deportation. It added that in July 2020, “surveillance equipment was discovered in the car of a diplomat at the (Russian) embassy in The Hague.”

Russia urged the Dutch authorities to “refrain from such hostile actions that lead to a further deterioration in bilateral relations.” She added that The Hague must “take comprehensive measures to prevent such incidents in the future.”

Russia’s military offensive in Ukraine led to a wave of international sanctions. As a result, hundreds of Russian diplomats were expelled from Western countries. Some of them are accused of spying. In response, Moscow expelled dozens of Western diplomats from the country.