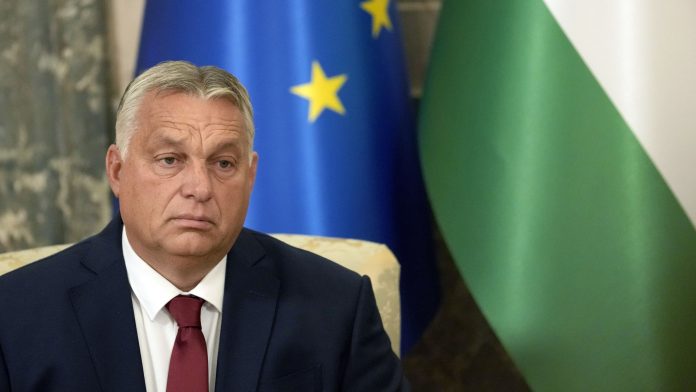 Hungary has delayed the ratification of Sweden and Finland’s accession to NATO until 2023. One of them is on the side of the “allies”, said Chief of Staff Orbán Gulias. But first, anti-corruption reforms must be passed.

Hungary intends to wait until next year to ratify Sweden and Finland’s accession to NATO. “As we have informed Sweden and Finland, Hungary supports NATO membership in these two countries,” Hungarian Prime Minister Viktor Orban told reporters. He said that the ratification will be on the agenda of the first session of Parliament next year. This should start in February.

All members of the alliance must agree to accept the two Nordic countries into NATO. Apart from Hungary and Turkey, all NATO member states have already opened the way for Sweden and Finland to join the alliance. After Russia’s attack on Ukraine, Sweden and Finland broke with their decades-old tradition of military alliance neutrality and applied for NATO membership in May.

Hungary’s ruling party, Fidesz, has repeatedly refused to set a date for a parliamentary vote on the issue, despite stressing that it supports the two countries’ accession to NATO. At the beginning of November, Orban’s chief of staff, Gergely Gulias, said Hungary would first have to pass Brussels-proposed anti-corruption reforms before parliament would turn to the NATO issue. “The Finns and the Swedes are our allies and just as we can count on our allies, they can also count on us,” Gulias said, adding that he had “no objection” to their joining.

See also  The Kremlin responds to allegations of troop reinforcement

EU member Hungary is negotiating with Brussels over the release of billions of dollars in EU funds to the country, which is currently on hold over corruption concerns. The opposition has repeatedly called for NATO ratification to be put on the agenda. The Socialist Party called the refusal “incomprehensible and unjustified”, while Momentum accused the government of “blackmailing” Brussels.

Polish Prime Minister Mateusz Morawiecki confirmed that Orban promised his counterparts in a meeting with the heads of government of Slovakia and the Czech Republic that ratification will be on the agenda in the first parliamentary session after the end of the year. “So the ratification will come within a month or two,” the agency quoted the Polish prime minister as saying.