Home entertainment Star Wars: Based on “The Book of Boba Fett” – Disney+ Animated... 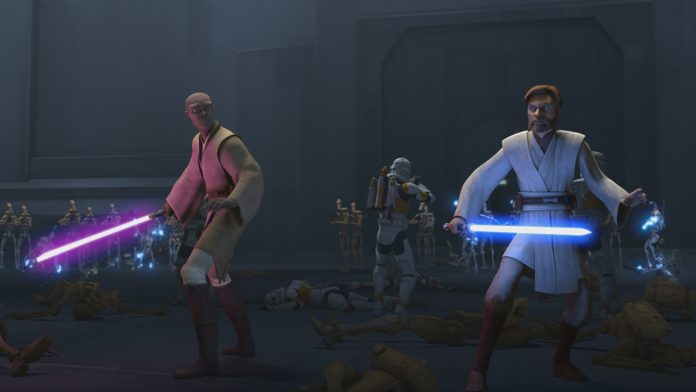 The world of “Star Wars” is experiencing a new spring at Disney+ and it looks like fans can look forward to the spotlight on the next series right after “The Book of Boba Fett” begins. Because in 2021, a previously unannounced series is being worked on!

like american magazines Comicbook.com Lucasfilm, the producing company behind all of the “Star Wars” movies and series as well as “Indiana Jones,” has sent a Christmas present to all employees.

The package shows logos for the projects Lucasfilm has been working on in 2021: “The Book of Boba Fett”, “Willow”, “Indiana Jones 5” and the project that has not yet been officially confirmed, “Star Wars: Tales of the Jedi”.

Since so many Star Wars releases have been announced for 2022 and later, it’s quite surprising to find a project in the gift package that hasn’t been announced to the public yet. How did Lucasfilm work on a series without anyone noticing?

The solution is obvious: “Star Wars: Tales of the Jedi” will be a new animated series that can be better produced in-camera. This coincides with information about the untitled Lucasfilm project that ICON Creative Studio (“Monsters at Work”) animation studio is working on.

Since the series has not yet been officially confirmed, there is, of course, no official information. However, since there is a comic series called “Tales of the Jedi”, one can almost expect what the new “Star Wars” series is about.

The events take place in the time of the Old Republic, where there is a video game of the same name. Since comics are no longer part of the canon of the “Star Wars” universe, Disney+ and Lucasfilm can have a great deal of freedom in terms of characters and plot.

Currently, new episodes of “The Book of Boba Fett” air every Wednesday at 9 a.m. on the Disney+ news show. It is unclear what “Star Wars” project will begin next. “Obi-Wan Kenobi” is expected to premiere in May 2022.