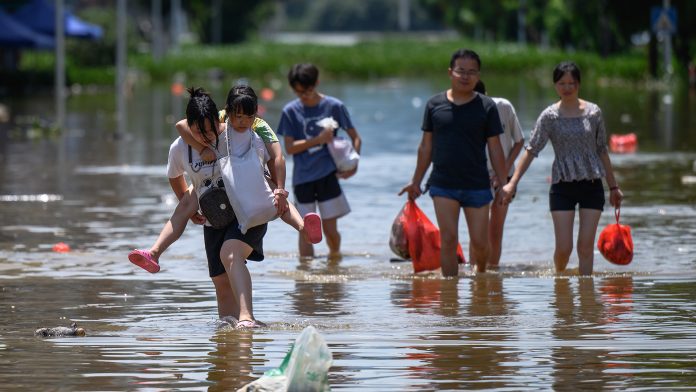 On the one hand more than 40 degrees Celsius, and on the other hand heavy rains and floods: China had to deal with severe weather in June. There is no relief in sight.

China is currently experiencing severe weather. From the snow-capped peaks of Tibet to the tropical island of Hainan, temperatures have reached record levels – while June saw record levels of rain in some areas.

According to the weather agency, the nationwide average temperature in June was 21.3 degrees. It was 0.9 degrees higher than in the same period last year. June was the warmest month since 1961. According to experts, there is no sign of a change in the weather. Higher-than-normal temperatures and rainfall are expected for most of July in most parts of the country.

The highest rainfall ever

At the same time, seasonal floods occurred in several parts of the country, affecting hundreds of thousands of people. The provinces of Shandong, Jilin and Liaoning in the northeast recorded the highest levels of rainfall ever recorded in June. The weather agency said the national average was 112.1 mm, up 9.1 percent from the same month last year.