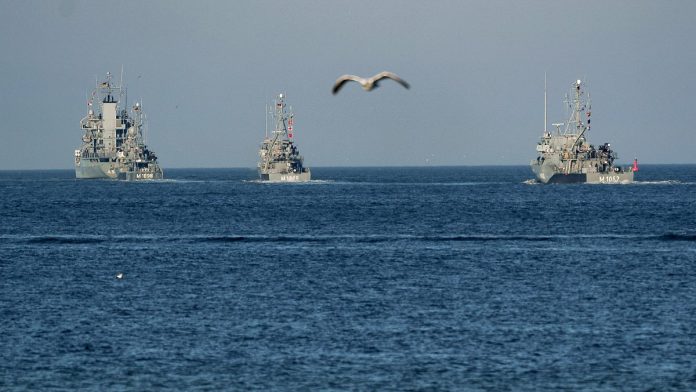 It is very likely that Sweden and Finland will apply to join NATO. But it may take some time before the final commitment is made. For this time, Stockholm is looking for security guarantees – and getting the first commitments.

NATO promised Sweden an increased security presence in the region during the transition period to its final membership. “I am convinced that we will find solutions to the security needs that will be for Sweden in a transitional period,” NATO Secretary-General Jens Stoltenberg told SVT. From the moment the application is submitted, the military alliance is committed to being able to guarantee Swedish security. Among other things, NATO should increase its presence around Sweden as well as in the Baltic Sea.

According to Sweden, it has received certain security assurances from the United States in the event of the accession process. “They will mean that Russia could be aware of any kind of negative activity against Sweden that it has threatened to take, and the United States will not allow that to happen … without reacting,” Foreign Minister Anne Linde told Swedish television after their meeting. Her American counterpart Anthony Blinken. “However, there are no concrete security guarantees, you can only have them as a full member of NATO.” She declined to provide further details.

Sweden and Finland are not part of the military alliance yet. However, after Russia’s annexation of Crimea in 2014 and its incursion into Ukraine, a rethink has begun, and it is increasingly expected that both nations will join. They demanded security guarantees for the transition period, which could last up to a year. Ratification of the expansion of the military alliance could take up to a year, as the parliaments of the current 30 member states must approve.

The government in Moscow warned Sweden and Finland of “serious consequences” if they joined NATO and threatened to place nuclear weapons and hypersonic missiles in the Kaliningrad region.

Another attack off the coast of Oman: Two people were killed...