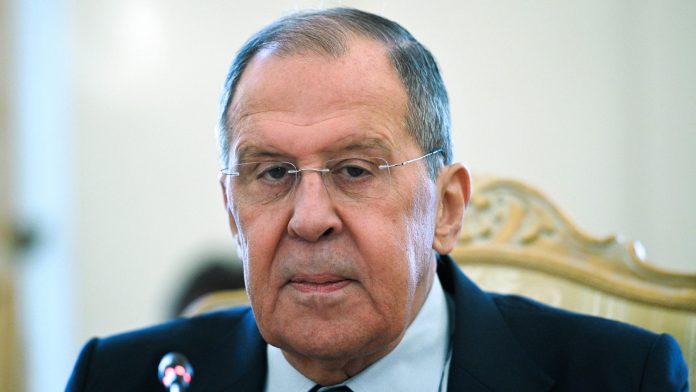 Because they were also said to have worked in intelligence, NATO withdrew their accreditation from Russian diplomats at the beginning of October. Moscow was furious – and now it is responding with a clear stride.

In the dispute over the rescinded mandates of Russian diplomats, Moscow will suspend its permanent representation to NATO in Brussels from the beginning of November. The Russian Foreign Ministry announced on Monday. Accordingly, the work of the NATO Information Office and the work of the NATO Military Mission in Moscow will also be terminated. The Interfax news agency quoted Russian Foreign Minister Sergei Lavrov as saying that “NATO is not interested in equal dialogue or cooperation.”

German Foreign Minister Heiko Maas dismissed the allegations on the sidelines of an EU meeting in Luxembourg, and pointed to proposals that had been on the table for months for a new meeting of the NATO-Russia Council. The Social Democrat politician said Moscow’s decision would extend the Ice Age even further. This will continue to put serious strains on the relationship.”

The Western military alliance appears to have been surprised by Russia’s decision. “We have taken note of Minister Lavrov’s statements to the media, but we have not received any official communication ourselves on the issues raised,” NATO spokeswoman Oana Lungescu said. I’m sorry for these steps. Lavrov had said earlier that the alliance had been informed of the Russian steps.

Ten days ago, NATO revoked the permits of eight members of the Russian mission. It was also decided to reduce the maximum size of the Russian mission to ten personnel. Reason: Diplomats are said to have also worked in intelligence. Under the specified circumstances, it was said from Moscow that the representation in Brussels could not continue to operate.

The Russian Foreign Ministry said that NATO may, in urgent cases, turn to the Russian ambassador to Belgium. In turn, the ambassador of a NATO member state in Moscow can be determined who will be the liaison officer for the Russian side in the future. Until recently, three representatives of the international military staff were in Moscow for NATO. In addition, there are few civilian personnel on the military liaison mission and in the information office.

NATO had already issued sanctions against Russian representation in Brussels in 2018: in response to the nerve gas attack in Salisbury, UK, seven Russian employees were fired and the maximum size of the Russian delegation was reduced from 30 to 20 people.

After the latest actions, NATO Secretary General Jens Stoltenberg left it open whether Russian officials were involved in classic espionage or were simply not declared as employees of the intelligence service. She said that the decision to withdraw the accreditation is based on the findings of the intelligence service, and they do not comment on that. Even then, there was clear criticism from the Kremlin.