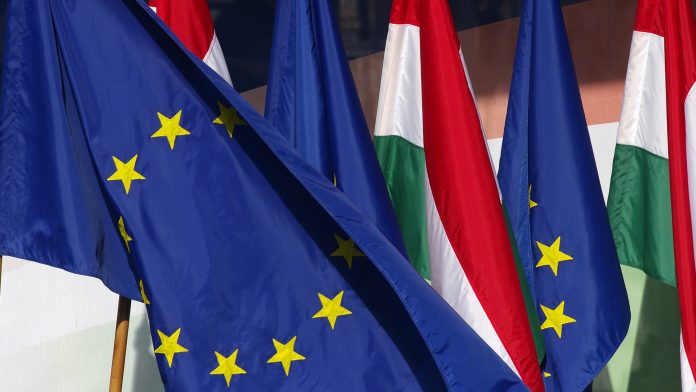 The European Union is getting serious and initiating action against Hungary over alleged violations of the rule of law. This could cut off financial support for Hungary by the billions.

In the long-running dispute over the rule of law, the EU Commission is stepping up the pace against Hungary: the Brussels authorities have activated the so-called rule of law mechanism against the government in Budapest.

The Commission sent a letter to this effect to Budapest today. Hungary is threatened with billions in EU funding cuts for the first time. The President of the European Union Commission, Ursula von der Leyen, had already announced the move at the beginning of April, shortly after the re-election of Hungarian Prime Minister Viktor Orban. Above all, the EU condemns corruption in Hungary and the illegal use of EU funds.

The federal government welcomed the move: “The rule of law is the foundation of our European home,” European State Minister Anna Luhrmann (Green Party) wrote on Twitter. “Hungary must eliminate the current deficit decisively and quickly.”

The Social Democrats and Greens in the European Parliament called the belated move: “Taxpayers’ money must be protected from those who violate the rule of law and dismantle democracy,” the Social Democratic group wrote on Twitter.

“A delicate loss,” Nicholas Neumeyer, ARD Vienna, on the Rule of Law Mechanism against Hungary

The European Union insists on democracy and basic rights

The so-called EU rule of law mechanism has been in effect since the beginning of 2021. Last year, the EU put again in a new regulation what exactly the rule of law means: any public authority must be “within applicable law in accordance with the values ​​of democracy and respect for fundamental rights.” The European Union is under the control of independent and impartial courts.

Criticisms of potential violations of the rule of law have long focused on Hungary and Poland. Poland has been accused of undermining its country’s separation of powers and an independent judiciary through so-called judicial reform.

The European Court of Justice rejects the complaints

In order to block the EU’s move, both countries have sued the rule of law mechanism to the European Court of Justice – to no avail. The court dismissed the case And through its ruling in February of this year, it legitimized the option to reduce the financial resources of affected EU members.

Required majority in the European Parliament

But it will still be some time before Hungary can actually scrap billions of euros. After the EU Commission has started the process, the EU Council, i.e. the heads of government of the member states, must now decide with a majority vote and the support of the EU Parliament whether to reduce or withhold budget funds and their number.

It must be supported by at least 15 countries with at least 65 percent of the population living in the European Union. As the country in question, Hungary is not entitled to vote in the vote. Before that, however, Hungary has the opportunity to comment on the points of criticism and to suggest measures to eliminate what the EU believes are its shortcomings.

See also  Parliamentary elections in Moldova: the pro-Western party is clearly ahead

It is said that the right-wing politician dismembered the man