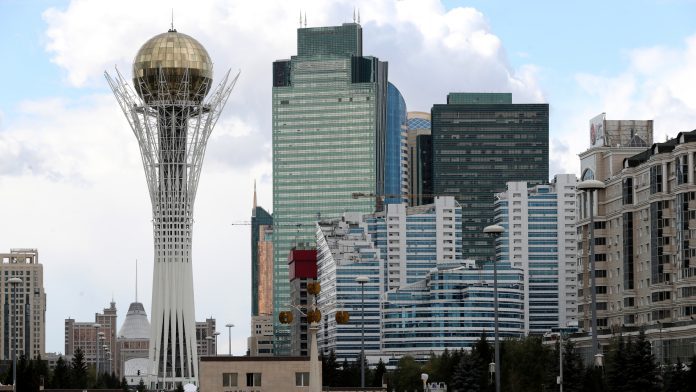 The renaming of the Kazakh capital to Astana may sound like a farce, but it marks another break with former ruler Nazarbayev, and the president’s term of office has also been changed.

The autocratic capital of Kazakhstan is now called Astana again. According to the presidential administration, Head of State Kassym-Jomart Tokayev signed a constitutional amendment passed by Parliament on Friday.

Thus the old name was restored. Astana became Nursultan in March 2019 – in honor of President Nursultan Nazarbayev, who stepped down after nearly three decades.

Even after his resignation, Nazarbayev retained significant positions and influence in the Central Asian country between Russia and China. After serious turmoil in January, Tokayev announced far-reaching reforms and dismissed Nazarbayev from his remaining posts. The protests were sparked by high fuel prices, but at the same time they reflected widespread discontent with the country’s politics, which Nazarbayev and his party had controlled for nearly 30 years.

Another constitutional change related to the term of office of the head of state. It is extended from five to seven years, but at the same time the president is unlikely to serve a second term.

It is expected that the 69-year-old Tokayev will run again after the constitutional amendment, because the new law will not be applied retroactively, but only in the upcoming elections.

The future in the Kazakh steppes

Astana, the capital of Kazakhstan, was declared the capital in 1997. Nazarbayev decided to move them from Almaty there.

Astana is located in the northern part of the country in the middle of the Kazakh steppes. More than 1.1 million people now live there. Nazarbayev made many futuristic buildings erected during his tenure – the rich nations on the Persian Gulf are said to have been a model for him.

The operator releases gas from the still intact Nord Stream 2...