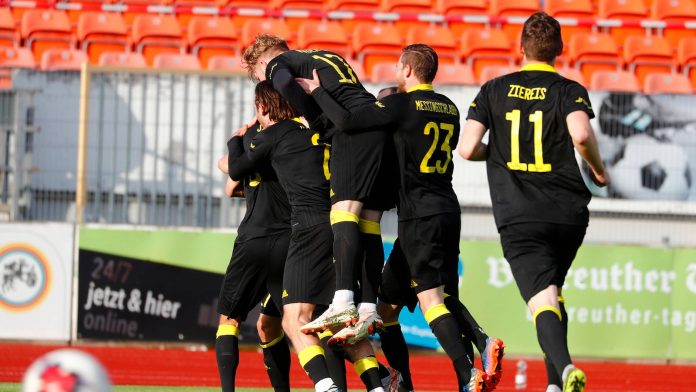 The starting position in the second round of qualifiers in Regionalliga Bayern was clear: only the winner of the match SpVgg Bayreuth against Aschaffenburg could still keep up with 1. FC Schweinfurt. The Schweinfurters team has so far won their matches against Bayreuth and Schaffenburg.

Bayreuth entered the match with enthusiasm – encouraged by 250 fans – and actually led 2-0 in the first half. Edwin Schwartz put the hosts ahead in the 25th minute after a corner kick with a header. Shortly before the break, Stefan Maderer increased to 2-0 after a perfect attack. In the 50th minute, Marcus Zerris turned a sharp cross to make it 3-0. 12 minutes before the end, Marcel Gotze scored from 20 meters to make it 4-0. On Saturday, Bayreuth will play a decisive duel with Schweinfurt. In the event of victory, the higher Franconians would be equal on points with the lower Franconians.

Schweinfurt, Bayreuth and Viktoria Aschaffenburg are fighting in BFV Qualifiers for promotion from Regionalliga Bayern to Division Three: until June 5, these three clubs will play twice against each other at home and back. The qualifying winner then meets TSV Havelse North in promotion matches to the third division.

BR24 Sport will broadcast both matches against Havelse live on 12 and 19 June from 1pm on BR TV and in the live broadcast.

Bayern win the match with seven goals in Union Berlin