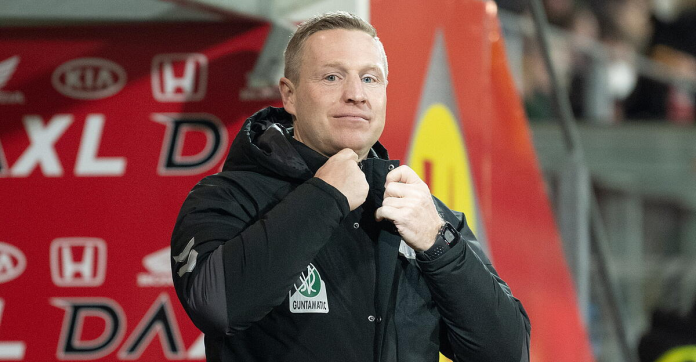 SV Guntamatic Ried awarded its first match ball with 1:1 in Klagenfurt. Knockout duels now await the creators in five days: Tomorrow it’s up to Hartberg in the Austrian FA Cup semi-finals for fourth place in the final (6pm, ORF 1), Sunday against Sturm Graz for a place in the main group. Only winning guarantees entry to the top six.

“We have two finals,” Reds coach Robert Ebertsberger said. “It can be cheerful or crying. Both can happen.” The big advantage: both matches will be played at the Jusco Arena. Ibertsberger: “With the spectators behind you, a lot is possible.”

Ryder is unbeaten at home in 15 matches, including two wins at Hartburg (3-2, 1-0). Preparation for the semi-final against the Styrion team began immediately after the final whistle in Klagenfurt – and the first renovation measures have already been taken.

Hartberg can fully focus on tomorrow’s game, the train in the championship group finally left 0:3 against Storm Grass. “We have a great opportunity,” coach Kurt Ross said.

The second team will be decided in the final in Klagenfurt on May 1 in just two weeks. The match between Wolfsburg and Salzburg has been postponed to March 16.