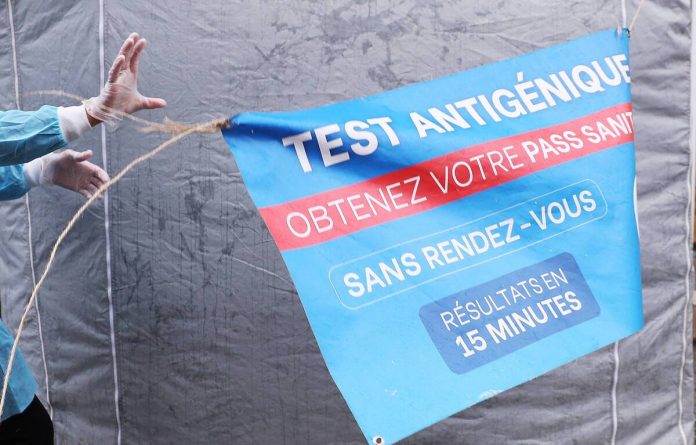 Catching coronavirus when you already have it is possible, we already knew it. But according to the agency public health FranceSince last December, the frequency of potential re-infection with SARS-Cov2 has increased significantly. After a brief stabilization in early January, the proportion of probable cases of infection in all Covid cases has risen again since the end of January and now represents 5.4% of all confirmed cases, according to the latest available data.

Probable cases of re-infection are defined as all persons with at least two positive tests registered in the database who have had 60 or more days apart. In all, 685,858 probable cases were identified again between March 2, 2021 and March 20, 2022, including 95.2% since December 6, 2021, which marks the beginning of the distribution of the Omicron variant in France.

“It seems likely that the attenuation of the immune response after infection or post-vaccination in the French population plays a role in this observed increase in the recurrence of potential cases of reinfection, particularly in people who did not receive a booster dose of a vaccine,” the French Public Health Authority commented. Friday. “It is also very likely that the very strong distribution of the Omicron variant in France, which is characterized by increased transmissibility and significant immune escape, amplifies this phenomenon,” she added.

The upward resumption of the circulation of the SARS-Cov2 virus observed for several weeks in France and the emergence of the Omicron BA.2 sub-strain, which has prevailed since the end of February, are “two factors that may play a role in the current trend. The trend is to increase the number of infections again”, according to Public Health in France.

Several recent studies have highlighted the possibility of reinfection with BA.2 after infection with BA.1, including over a very short period (<60 days). However, they agree on the fact that these are probably rare events, the agency confirms. In addition, the frequency of recurrence of a finding suggestive of an omicron during the two episodes of infection remains very low (less than 1% of cases).

Covid-19: the reasons for the revival of the epidemic

Serious concerns about unexplained cases of hepatitis in children

Dengue fever in Reunion: 1,474 new infections in one week