Home World Phone and fax: North and South Korea have a hotline again 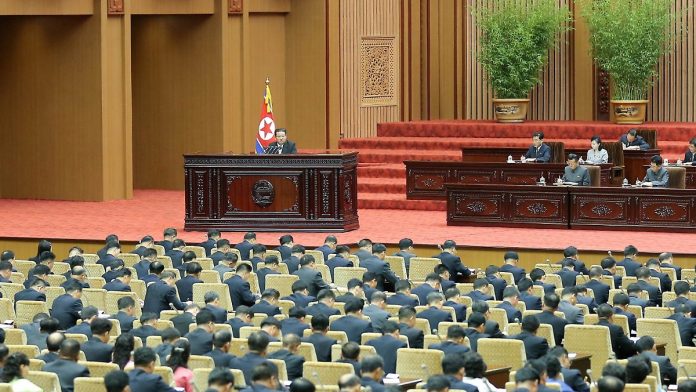 North and South Korea have a direct line again

After several weeks of radio silence, North and South Korea re-established direct contact. It was only reinstalled in the summer after a long break – but it only lasted a few weeks. Military muscle games were the reason for the renewed termination.

After a week-long hiatus, South and North Korea have restored direct communication channels between them. A spokeswoman for Seoul’s Unification Ministry said the lines are open. Telephone and fax lines form the basis of communication. Neither side has an embassy in the other country.

North Korea had earlier announced that it would restore intermittent emergency lines of communication with South Korea at 9 a.m. (12 p.m. GMT). “The South Korean authorities should make positive efforts to put North-South relations on the right track. First of all, they should perform important tasks in order to open up good prospects for the future,” the regime said via the Korean Central News Agency. Last week, North Korean ruler Kim Jong Un agreed to restore communication lines.

The two countries reopened relations between their governments and armed forces in late July after North Korea unilaterally cut off last year due to new tensions. But just two weeks later, North Korea cut off contact in protest of the joint military exercises between South Korea and the United States. At the end of September, North Korea tested a newly developed anti-aircraft missile. Shortly before that, Kim Jong Un raised hopes for a resumption of peace talks with South Korea.