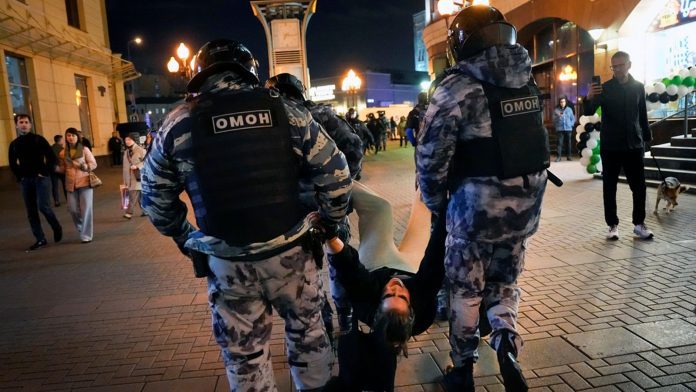 The partial mobilization ordered by Kremlin President Vladimir Putin does not seem to be working as planned, and in any case, criticism of the actions of the army is growing from official sources. The head of the Human Rights Council under Russian President Valery Fadeev called on Defense Minister Sergei Shoigu to: Who now has a new deputy – Ending the “batting system” in many renewal offices in the country. Even men without combat experience would receive enlistment orders.

According to public statements, 300,000 reserve soldiers They were mobilized to take control of the occupied territories there due to the defeats inflicted on the Russian army in Ukraine. With this measure, Putin also wanted to solve the personnel issue at the fore – but the move presents a major organizational challenge.

In the Yakutia region of Siberia, the president of the republic, Isin Nikolaev, admitted to making mistakes in the offices of the military district. Men who did not fall under the mobilization were recruited. “The reservists were incorrectly drafted, they must be returned. The work has already begun,” said Nikolaev.

In social networks in Russia there are many cases when fathers of large families, men without combat experience or elderly and chronically ill reserve officers reported their recruitment. Nikolaev said that the decisions of the military commissariats need to be better reviewed.

Russia officially counts millions of former conscripts as reservists – potentially almost the entire male population of combat age. Wednesday’s decree announcing the so-called partial mobilization did not specify who would be summoned. Officials say 300,000 troops are needed, with priority given to those with modern military experience and basic skills.

The Russian presidential office denied reports published by two foreign media outlets that a hidden clause in the Russian mobilization decree provides for the recall of more than one million reserve soldiers.

According to activists, at least 710 were arrested in 32 cities nationwide on Saturday – almost half of them in Moscow, the OVD-Info organization that documents the arrests in Russia said.

Strong police forces were deployed in cities where the opposition group Vesna and supporters of jailed Kremlin critic Alexei Navalny called for protests. They arrested the demonstrators, mostly young men, before the start of the march. In Moscow, police officers checked the personal details of passersby in the city center. The suspects were arrested. A young woman climbed onto a bench and shouted “we are not cannon fodder” before being led away.

Meanwhile, Putin signed an amendment to the law on Saturday that provides for up to ten years in prison for soldiers who desert or surrender to the enemy while mobilizing. According to the Kremlin, he also signed another law granting Russian citizenship to foreigners who served in the Russian army for at least a year.

See also  Austria's government crisis: many scenarios - none of them easy