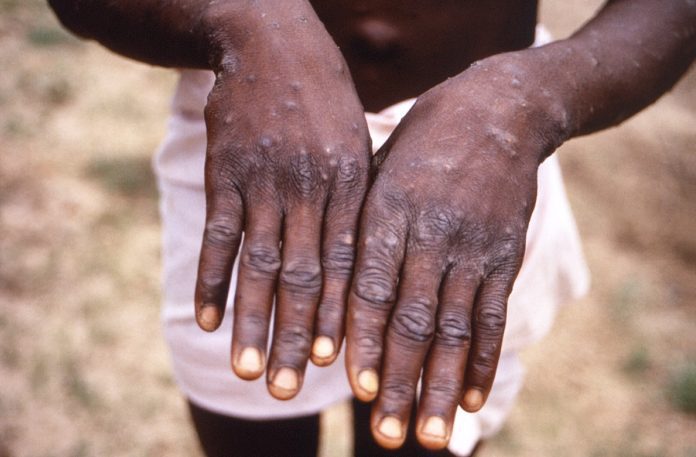 Pharmaceutical company Roche announced Wednesday that it has developed PCR tests to detect monkeypox. The virus has already been detected in 16 countries and more than 250 cases have been identified.

Atmosphere of déjà vu. While several cases of monkeypox have emerged in parts of the world where the disease is not spreading, Swiss pharmaceutical giant Roche announced Wednesday that it has developed polymerase chain reaction (PCR) tests to detect the virus.

These tests were developed by Roche and its subsidiary TIB Molbiol. “Roche has rapidly developed a new series of tests to detect monkeypox virus and monitor its spread,” Roche’s director of diagnostics said in a press release.

#The media Roche is pleased to have quickly developed a new set of tests that reveal # payback The virus and help in following up on its epidemiological spread: https://t.co/RxggXnPucP #ROG #RHHBY pic.twitter.com/N2Vvc82LR4

Recent outbreaks, with more than 250 cases already reported in 16 countries as of May 22, according to the World Health Organization, are atypical, and also occur in countries where monkeypox, a disease characterized by skin lesions, is not endemic.

The tests developed by Roche are not intended for the general public but are available for research purposes in most countries of the world.

First cases outside Africa in 2003

According to the World Health Organization, the disease must be detected through a PCR test because antigen tests cannot determine whether it is monkeypox or other related viruses. The best specimens for diagnosis come from lesions, swabs of exudate (fluid produced by a wound) or crusts from lesions.

According to the World Health Organization, monkeypox, or monkeypox, is a rare zoonotic disease (a virus transmitted to humans by animals) whose symptoms are less severe than those observed in the past in people with smallpox.

With its eradication in 1980 and the subsequent discontinuation of smallpox vaccination, orthopoxvirus emerged as the most important virus of its kind.

In 2003, cases were confirmed in the United States, marking the first appearance of this disease outside of Africa. Most of them had contact with domestic prairie dogs, infected with imported African rodents.

See also  How do (not) dormant herpes viruses wake up?